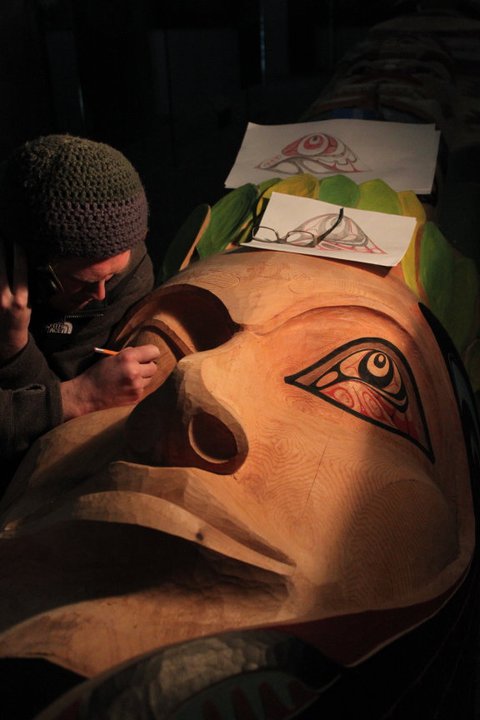 The Joan Mitchell Painters and Sculptors grant program isn’t like most grants, where anyone can apply. Instead, foundation officials invite artists and curators from across the nation, and ask them to nominate other artists for the grant.

The artists then are contacted, and asked to fill out an application. Varnell said he got the news through an email.

“I didn’t really look at it when I first saw it. I was busy doing something else,” he said. “My good friend, Steven Jackson had come into town and I said, ‘Hey, have you heard of this, the Joan Mitchell Foundation?’ He said, ‘Oh, yeah. You should nominate me.’ I said, ‘I just got nominated for it, but I don’t have time to fill out the paperwork. I got to get these projects done.’”

Luckily, Jackson and another Ketchikan artist, Ray Troll, convinced Varnell to fill out the application, which turned out to be not that difficult. A while later, Varnell got the call.

“I think I was doing dishes, so I couldn’t get to the phone,” he said. “I listened to the message and it was – her last name was Hawkins – from the foundation, asking me to call her back. I thought that was a pretty good sign.”

It was a good sign. Allison Hawkins was calling to congratulate Varnell on winning one of the Joan Mitchell Foundation’s $25,000 unrestricted grants.

“We were really excited that Donny is a recipient this year,” she said in a phone interview from the foundation’s offices in New York. “We are, each year, so thrilled to see the new artists who are joining our community of painters and sculptors recipients.”

The foundation gives 25 of those grants every year, and Hawkins said the relationship lasts beyond the initial grant.

“The foundation really embraces supporting artists at all points in their life, from art education and programs for youth to supporting mature artists as they are organizing their archives, their studios, and documenting their work to think about their legacy,” she said.

Right now, though, Varnell is thinking about logs: Red cedar logs, to be specific. They’re really expensive, and that’s what he wants to buy with the grant funds.

“The majority of my work is in red cedar, so I can use some of it for large sculptures or panels,” he explained. 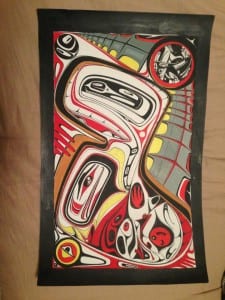 Varnell is a Haida carver. His work is rooted in Northwest Coast traditions, but a lot of it is not what you’d expect. Varnell stretches the limits of that tradition, and doesn’t want any labels on his work.

“Sometimes it feels like if you say, this is where I’m at and this is what my pieces are about, that sticks with everybody,” he said. “It doesn’t allow me to change my mind.”

And he will. Change his mind, that is. Varnell recalled a quote he heard once: “If it works, it becomes tradition. If it doesn’t work, it’s part of the experiment.

“I really liked that. A lot of my friends were like, my work is going to be part of the tradition. I kept thinking, ‘I kinda want to be part of the experimental.’ I don’t want it to stick around. I enjoy people not knowing what to expect next.”

For example, someone once introduced Varnell as a mask maker – because he had been making a lot of masks. He said he immediately stopped making masks and moved on to something else.

But, Varnell is well-schooled in the Native carving tradition. He apprenticed with Tlingit and Haida master carvers, and he continues to produce the traditional along with the unexpected.

I asked what he’s working on now.

“My personality,” he said, laughing.

But seriously, “I’ve got two 20-foot sculptures going on in Saxman, for the City of Saxman. We’re going to try to get those up in May, hopefully. Or, in the spring.”

That is a major restoration project to replace six disintegrating poles at the Saxman Totem Park. Varnell is also collaborating with other carvers, teaching classes at the Totem Heritage Center and, as always, experimenting.

Below are links to the Joan Mitchell Foundation and to Varnell’s page on Ketchikan Art Lives Here. That’s a website maintained by the Ketchikan Area Arts and Humanities Council to promote the community’s many artists.