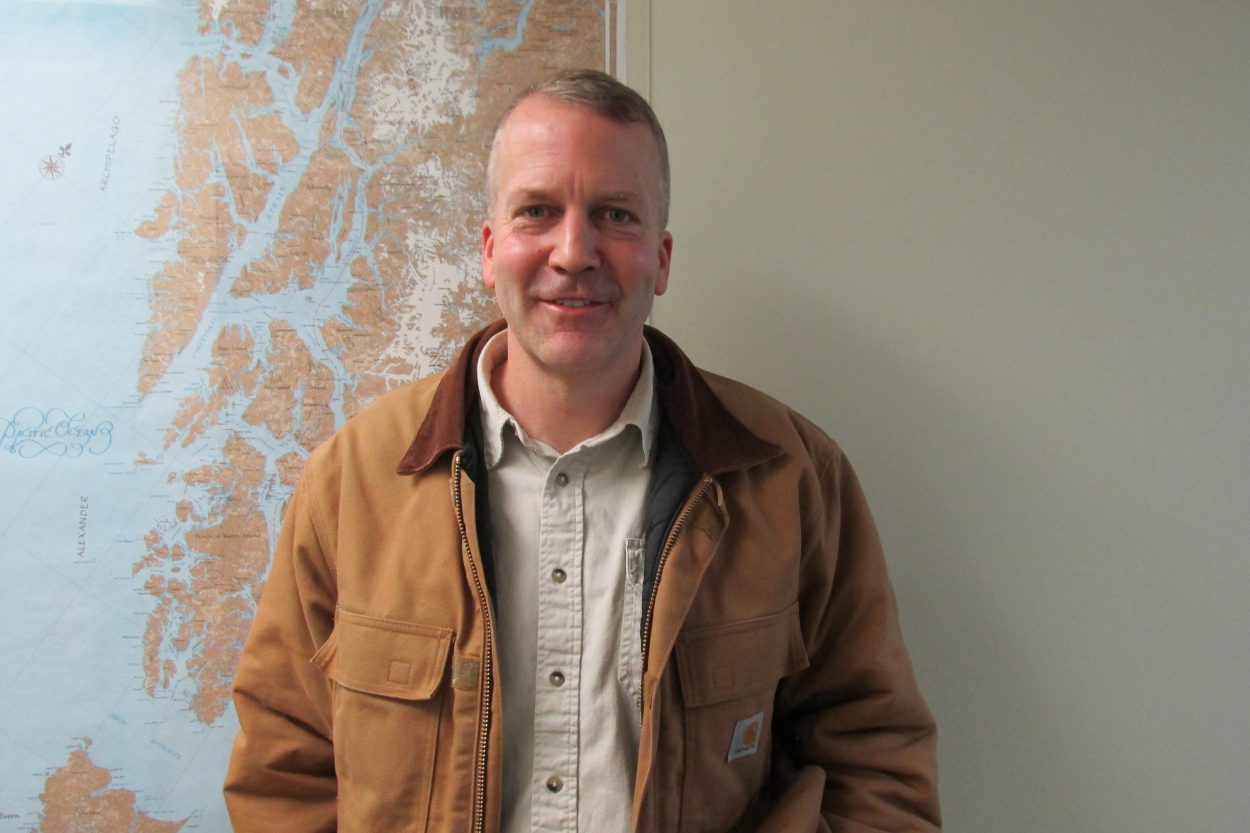 Junior Senator Dan Sullivan was in Ketchikan Wednesday for the annual Lincoln Day dinner hosted by the First City Republican Women.  While in town, he also met with the Alaska Forest Association and tribal members in Saxman, and visited Vigor Alaska’s Ketchikan shipyard.

Sullivan said, “you know we’re building ships in Ketchikan; not just repairing them: building them!”

Sullivan said he has been assigned to all four of the committees he requested:  commerce, environment and public works, Senate armed services and veteran’s affairs.

He said one of his biggest accomplishments in his five weeks was co-sponsoring the Clay Hunt suicide prevention bill, which came out of the Veteran’s Affairs Committee.

“On that issue, as someone who is pretty familiar with it as Attorney General and DNR commissioner, it’s worse than I had imagined,” he said.

To help reduce federal influence in Alaska, Sullivan said he would like to see more federal land transferred to the state or private sector, including the transfer of the Tongass National Forest to the State of Alaska.

“That’s not going to happen overnight, but the those are the type of moves that I think can help revitalize the economy in Souteast and I certainly would be supportive of and want to work hard on,” he said.

The Ketchikan Borough Assembly this week approved a resolution calling for the transfer of the Tongass to state control.

Sullivan said he also is working to schedule meetings with the State Department and the Canadian Ambassador regarding transboundary mines.

Environmental, fishing and Native groups have expressed concern about the potential impacts of proposed mines just across the border in British Columbia. The mines are located near rivers that flow into Alaska waters.