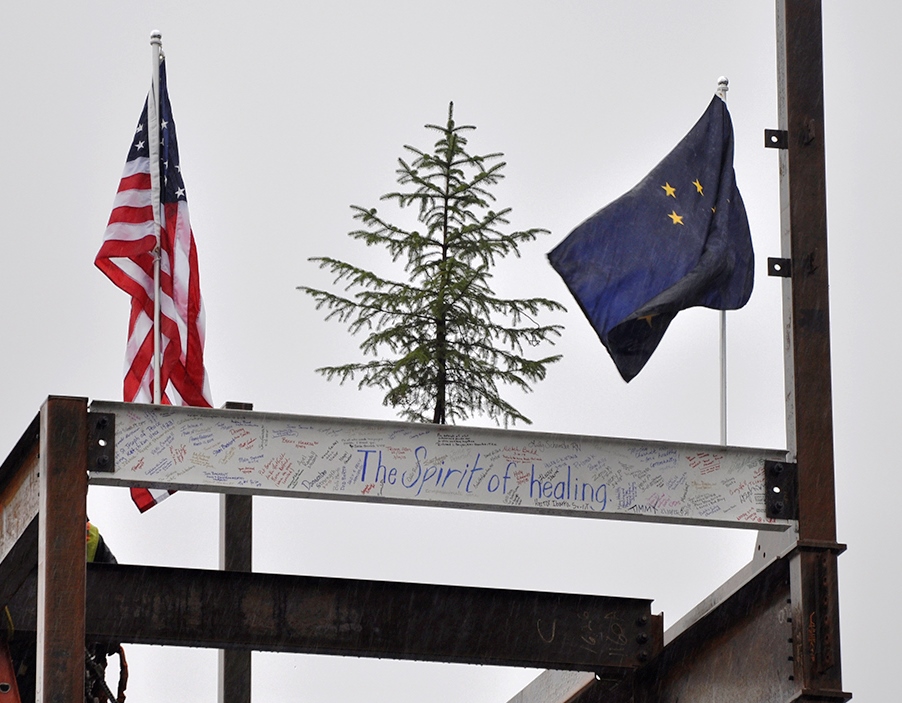 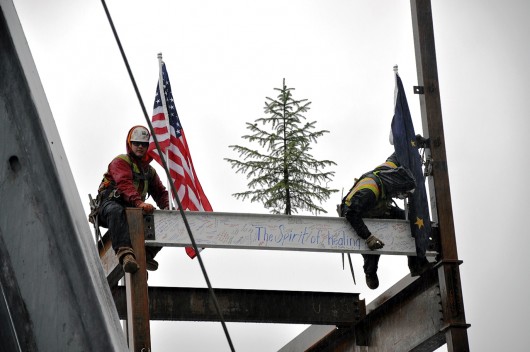 PeaceHealth Ketchikan Medical Center threw a somewhat rainy party yesterday to celebrate the placement of the final I-beam for the steel skeleton of the new four-story addition to the local hospital.

The “Topping Out” ceremony included a small Sitka spruce placed on that final steel beam. According to a PeaceHealth announcement, Layton Construction representative Ryan Maguire explained that the tree is an old Scandinavian tradition, representing life and growth.

Layton and Ketchikan’s Dawson Construction are working together as the primary contractor for the hospital expansion project. According to PeaceHealth, this phase of the project is on schedule to be completed by May of 2016.