Conan Steele appointed to School Board 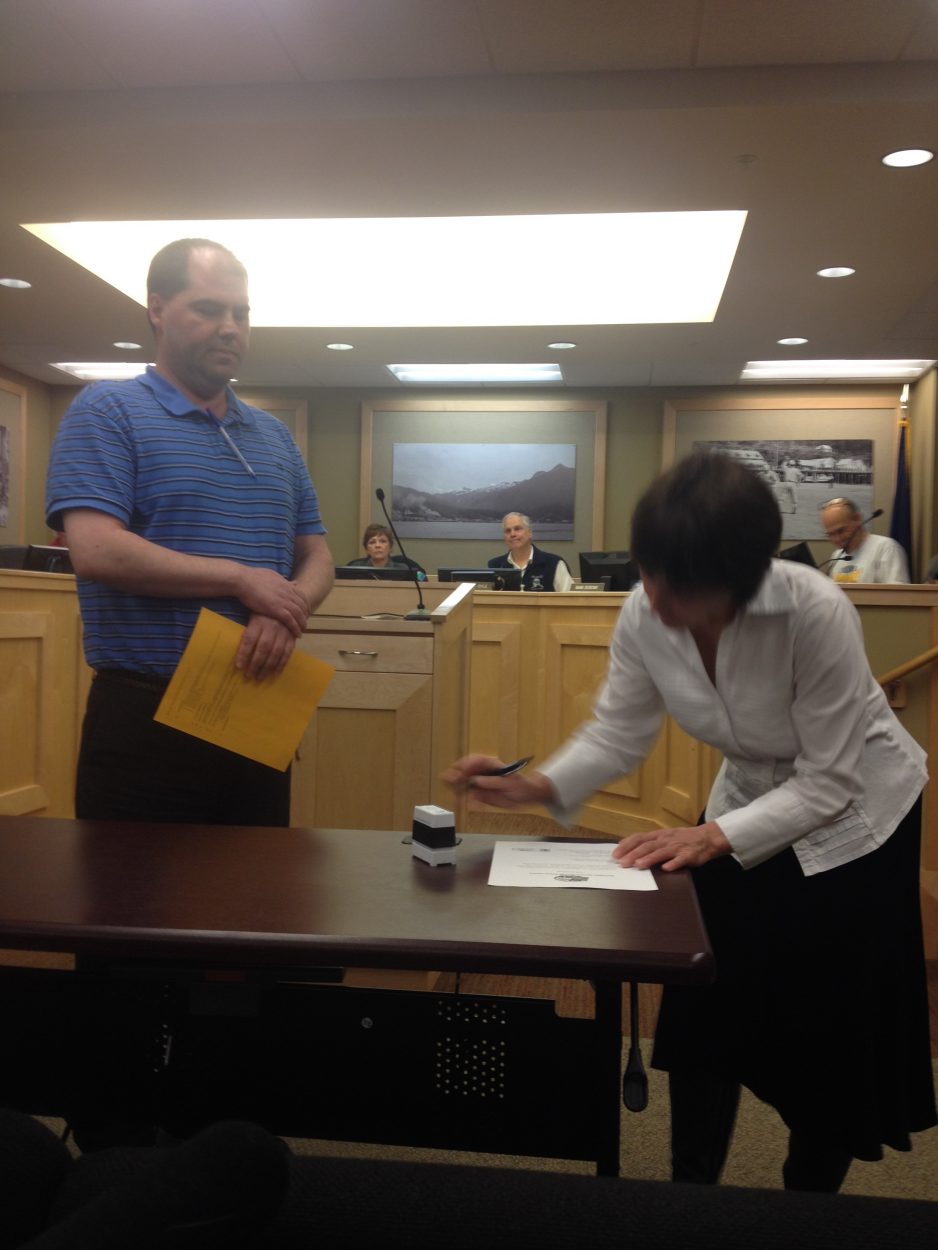 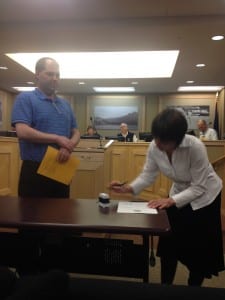 Conan Steele is appointed to the School Board on March 25, 2015.

Wednesday’s Ketchikan School Board meeting included visiting Japanese students and the appointment of Conan Steele to fill a vacant seat.

The meeting began with lots of hellos. Exchange students from Kana 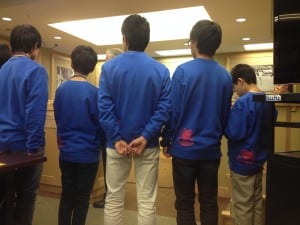 yama, Japan stood in front of the Board in matching blue sweatshirts to introduce themselves and to present the Board with a few Japanese paper gifts. The Board in turn,  gave each student a goodie bag containing Ketchikan Gateway Borough School District trinkets.

Several people spoke during public comment supporting Matthew Tibbles’s appointment to the School Board. However, the board voted 3-2 to appoint the second candidate, Conan Steele, with Stephen Bradford and Michelle O’Brien voting no.

Steele was sworn in immediately following the vote and joined the board for the remainder of the meeting. Steele has been a Ketchikan resident for 18 years. He no longer teaches, but has taught various grade levels and subjects in his career as an educator. He currently works at Ketchikan’s University of Alaska Southeast campus as a test administrator. His position on the Board will last until October. He said he plans on running in the School Board election after that.

The latest version of the FY16 budget proposes, among other things, cutting the preschool program to half a day and cutting $300,000 from the activities fund. Superintendent Robert Boyle said it is the preference of the administration that the Board prioritize programs, and then those that are low priority be cut rather than cutting a bit from all the programs.

At the very bottom of the budget, there is a place holder for an additional teaching position, which likely will not be funded. That led the Board to a discussion about regulating class size as an alternative to hiring additional staff for a larger-than-expected number of students, which was the case at the beginning of this school year. The item will be brought back at the next regularly scheduled meeting on April 8th.

UPDATE: The 3-2 vote to appoint Conan Steele to the Ketchikan School Board was not valid, because four votes are required for a motion to pass. The School Board has scheduled a special meeting for 5 p.m. Friday to vote again on the appointment.