Chautauqua ferrying the Inside Passage this year 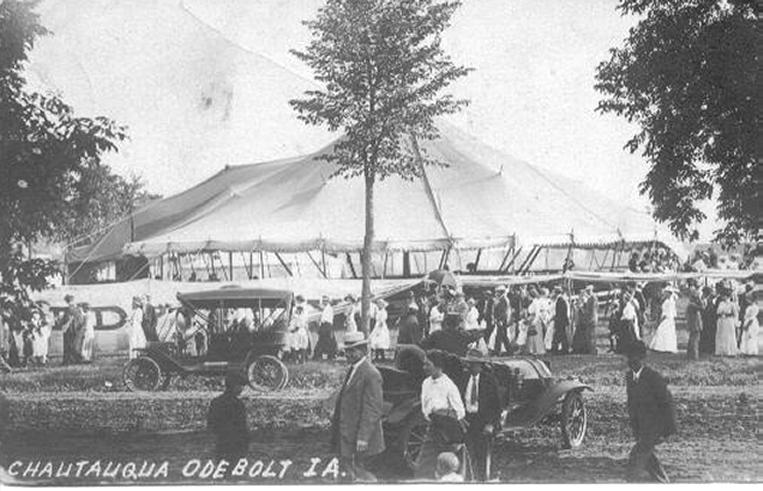 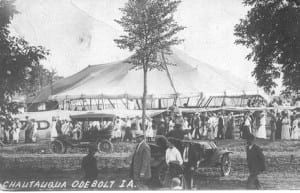 Chautauqua is returning to Southeast Alaska. The Pacific Northwest-based New Old Time Chautauqua last brought its mix of vaudeville shows, music performances and workshops to the Inside Passage in the early 1990s. They’re coming back this summer, stopping first in Alaska’s First City.

Paul Magid has spent his life performing. He is one of the original Flying Karamazov Brothers, a group that mixes juggling with comedy, and for about four decades, he teamed up with a bunch of other performers for the Oregon Country Fair, which he says has always been a great experience.

Magid found it when visiting a friend who was working on a documentary about the origins of Chautauqua. That made Magid curious, so he looked into it himself, and thought: “That’s exactly what we want to do. And there were no more traveling Chautauqua at that point, so we started doing it.

“Now, we’ve been doing it 34 years and we’re still the only ones traveling on the circuit. I love Chautauqua. We have such a great time. We all say that when we go on Chautauqua, we all have our own personal Chautauqua. You always are transformed by the experience.”

At this point, you might be wondering, “What is this Chautauqua thing?” Well, after more than three decades, Magid has become a bit of an expert on the topic.

“Chautauqua was started in 1874 on the shores of Lake Chautauqua by a couple of Methodist ministers. The idea spread like wildfire: The idea of education and entertainment and self-bettering,” he said. “This idea spread all over the country. There were place-based Chautauquas in almost every major town in America by the turn of the century.”

Traveling Chautaquas allowed smaller communities to have the experience, too, and Magid says they became an important way to spread news and information, and for politicians to reach constituents. But, that doesn’t mean Chautauqua is political.

“It is completely American in the sense that everybody has a voice,” he said. “You had every kind of brand of American politics inside a Chautauqua, because it was a forum for ideas.”

So, that’s Chautauqua of the past. But what about the modern show that’s coming this summer to Southeast Alaska? Keith Smith is helping to coordinate the Ketchikan event, and he says it all starts with a parade and potluck.

That’s a big part of Chautauqua, by the way: Community involvement. Magid says local musicians are invited to join the travelers; if someone has a skill or information to share, they can schedule a workshop; and anyone can join in on the parades.

Smith says a second, smaller parade is planned near The Plaza mall for the second day, before all the workshops start.

Those workshops cover a range of topics. Magid gave a partial rundown: “We have everything from mask making to learning how to juggle… but then we also have more serious ones. We have a Japanese woman who will be doing a workshop on the internment during the war of the Japanese population of America. I’m going to be doing a workshop on how to fold things properly. Like fitted sheets!”

The evening of the second day is the vaudeville show, which Magid says has something for everyone.

“We call it the shotgun approach of comedy. We hit all levels, all at the same time,” he said. “ We’ll have aerialists, an operetta, we’ll probably do Beethoven’s ’Ode to Joy,’ but in a wacky comedic fashion, with a huge choir,” and a magician and the Flying Karamazov Brothers.

In all, the Chautauqua will bring more than 50 people, and because they’re traveling by ferry, they can’t bring as much stuff with them as they can Down South.

So, Smith is helping to figure out some of the practical considerations, such as a campsite for the group’s big yurt, transportation for all those performers, and donations for the Saxman potluck.

Smith is also looking for a community project that the Chautauqua performers and local volunteers can work on together.

“It could be anything, but preferably something that involves work, and work that people could do without an immense amount of training,” he said. “And something that will be a benefit.”

Smith adds that any profits from the Chautauqua concert will be donated to a local charity, also not yet chosen.

Magid is returning in mid-May to help open an exhibit of Chautauqua history at the Ketchikan Public Library. He’ll also give a public presentation about Chautaqua, past and present. The full troupe is due to arrive the morning of June 21st.