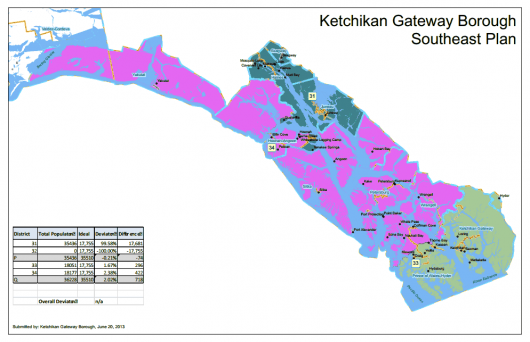 Alaskans learned earlier this month that Secure Rural Schools would be continued for two more years, and on Tuesday, we learned the dollar amount.

Statewide, communities will receive about $11.7 million, according to an announcement from Sen. Lisa Murkowski’s office. A list of eligible boroughs and communities shows that Ketchikan will receive $1,059,007.48.

Ketchikan Gateway Borough Manager Dan Bockhorst said the funding is welcome, especially since it was doubtful for a while that Secure Rural Schools would be funded at all. But, he said, the actual number is not going to be that high.

There are a couple of adjustments that will need to be made first.

“The first is federal sequestration as a budget deficit reduction, which will likely reduce that figure by about 7.3 percent, or about $77,000,” Bockhorst said. “And second, there is a reduction that will occur with respect to a previous payment that the borough received for national forest receipts. That will amount to about an $88,500 reduction.”

After those are taken into consideration, Bockhorst said the borough should receive about $893,000.

For planning purposes, he said borough officials earlier this year had conservatively estimated that Ketchikan would receive $832,600. That means the borough will get about $60,000 more than expected.

But, Bockhorst said, the amount the federal government gives through Secure Rural Schools has been steadily dropping over the past decade.

“In 2009, we received about $1.7 million. So, there’s been a very significant reduction in this funding,” he said.

Bockhorst said it’s essentially a way for the federal government to voluntarily pay taxes, although at a significantly reduced rate.

“The Tongass National Forest comprises about 97 percent of all the lands in the Ketchikan Gateway Borough,” he said. “This payment as, in effect, a payment in lieu of taxes, is pretty minimal. So, this money is welcome. It would be more welcome if it were more reasonable based on the value of the lands involved.”

Bockhorst said that all of the Secure Rural Schools funding will go toward local education. The Ketchikan Gateway Borough Assembly is expected to consider the school district’s FY16 budget during Monday’s regular meeting.