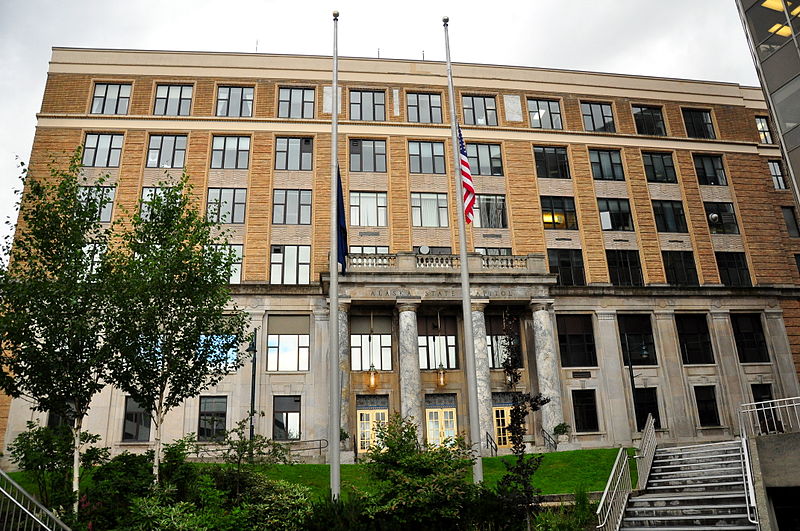 Funds for Medicaid expansion, ferry service and education could increase when the Legislature reconvenes next week. It’s unclear how much– if any –funding will be restored to education, so districts are assuming the worst, while hoping for something better.

At the end of April, the Ketchikan School Board approved a budget for the upcoming fiscal year, but without a sure sense of revenue.

“We’re taking what we know and assuming that’s good and then we’re going to run with it.” Superintendent Bob Boyle is running with the Legislature completely cutting one-time funding and reducing the Base Student Allocation, which determines how much a district receives per student.

Because the state’s funding formula uses student population, the dollar impact varies from district to district. But everywhere is cutting.

Wegner said those programs may be watered down a bit, but they will still be there. “Obviously, though, when you don’t have a dedicated person it’s not the same, but students should not notice the difference with the cuts that we took.”

It’s hard to tell what changes students will notice directly with fewer funds from the state. The Ketchikan School District is reducing its preschool from full to half day.  Other changes to the bathrooms, Ketchikan Maintenance Director Mike Williams said will catch peoples’ eyes.

“ We have hand air dryers in the schools, and paper products work much better in my opinion, but we may have to cut out the paper towels.”

Williams says his supply budget is usually one of the first things cut. Paper towels are not integral to a child’s education. His spending next year has been reduced by 50 percent, so paper towels won’t be the only thing to go.

“Little projects that a normal person wouldn’t think about, but just to make the teaching better and easier.” Projects like new shelves in the classrooms. “No shelf building definitely, because we supply a lot of the materials.”

Williams is hoping local government might help soften the blow, by contributing more. It’s something many districts are doing, including Sitka, which requested an additional million dollars from the city.

“In the face of all declining other revenues it’s a natural to look toward your city and your community to fill in any gap, because it is the community that will be most impacted by a school system that doesn’t have funds to provide a process of schooling that represents the values of the community.

In Juneau, Norm Wooten, executive director of the Alaska Association of School Boards, has been monitoring the Legislature from the Capitol nearly every day. Even during the recesses he is sitting in on scheduled meetings “For the finance committees it’s not much of a recess. They’re the folks that are working right now.”

He is also familiar with the local conversation.“In the Juneau school districts trying to figure out you know, what the heck they’re going to do.”

He said the districts understand the economy o f the state.“But we also understand that kids only get one chance at a K-12 education. If students don’t receive that first-class education we think they deserve, then we’re affecting Alaska’s economy well into the future.”

School districts are particularly worried about the noticeable impact continued cuts would have.

The Legislature still may restore some education funding for the next  year. Most local governments are waiting to hear a final number from the state before deciding how much they will contribute.