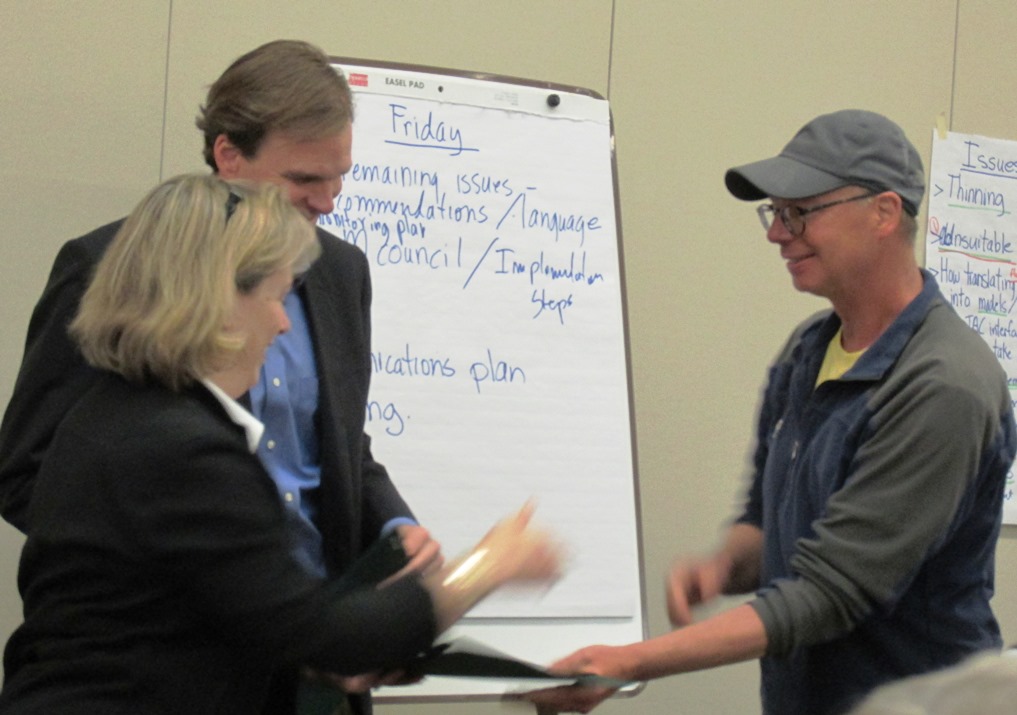 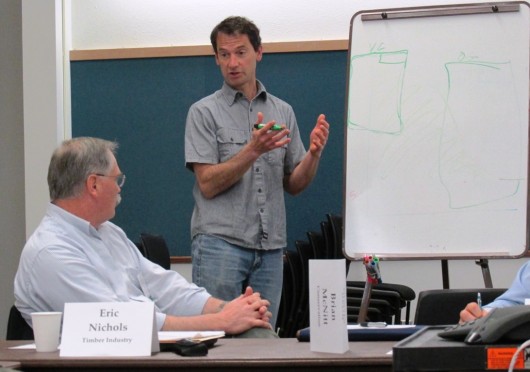 On the last day of a three-day meeting in Ketchikan, the Tongass Advisory Committee on Friday unanimously approved a document detailing its recommendations to the U.S. Forest Service for how best to move forward with a transition to second-growth timber.

After a morning spent wordsmithing and getting some new language ready to insert into the document, Tongass Advisory Committee members agreed they had reached their goal. Or, at least, they reached this goal.

They’re not completely done, and already have plans to meet again in the fall.

Undersecretary for Natural Resources and Environment for the U.S. Department of Agriculture Robert Bonnie and Alaska Regional Forester Beth Pendleton had been watching in the audience. After the vote, they joined the committee at the table.

Bonnie congratulated TAC members on completing the first phase of a difficult task. 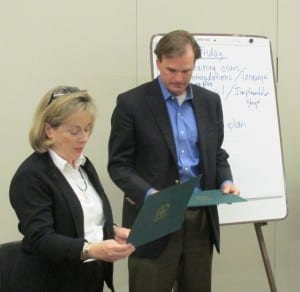 Undersecretary for Natural Resources and Environment for the U.S. Department of Agriculture Robert Bonnie and Alaska Regional Forester Beth Pendleton passed out certificates to Tongass Advisory Committee members after the committee’s vote Friday in Ketchikan.

“But obviously you have hit an important milestone.”

Pendleton says she is confident that the recommendations will serve the transition from old-growth to second-growth timber harvest.

“I appreciate the sacrifice, the engagement, the innovation and creativity that has come from this group, and your steadfastness in working together,” she said.

The Tongass Advisory Committee is made up of representatives from local government, environmental organizations, the timber industry, Native tribes and other forest users. While coming at the problem from different perspectives, they all agreed on a few key points. One is that they don’t really trust the Forest Service to follow through on the recommendation.

So, a major recommendation is to form a new committee or council that would monitor

the implementation of the transition. The TAC is authorized to continue for another year, and members said that they will firm up how that new committee will work best.

The group’s updated recommendations also include stronger language about protecting fish habitat, and call for maintaining a certain level of timber volume throughout the transition.

While approved, the recommendations still need cleaning up. An updated copy of the document won’t be available for a few more days.

We have stories from the first and second days of the TAC meeting posted on our website.