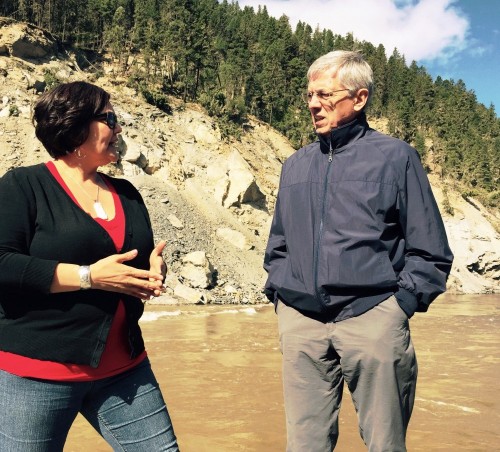 The Walker-Mallott administration will include transboundary mine critics’ concerns in its negotiations with British Columbia.

Lt. Gov. Byron Mallott made that announcement after returning from a week of meetings with government, industry and aboriginal leaders in the nearby province.

Southeast environmental, fishing and tribal groups say they’ve been left out of opportunities to question the safety of B.C. mines near Alaska’s border.

Mallott said that will change.

“I would hope we have the most open and transparent processes and involvements with the public possible,” he said, in a teleconferenced press conference.

He said his trip opened doors and increased opportunities to learn about the mines.

At least a half-dozen are planned in watersheds that feed salmon-producing rivers important to Southeast fishermen.

“It’s important for us not just to understand how the government does its business over there, but the involvement and interests and the concerns of stakeholders in British Columbia and the mining industry itself,” Mallott said. 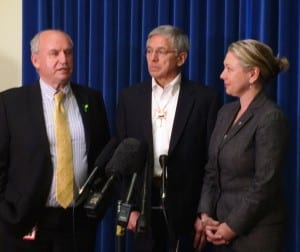 Afterward, Energy and Mines Minister Bill Bennett said he wanted to open more of B.C.’s permitting process to Alaska officials. The state can already comment on environmental certificates and Bennett said that could be expanded.

“We would propose to have Alaska also have access into the second part of a development of a mine, which involves my ministry and the Mines Act here in British Columbia and the permitting for the actual construction of the mine and how water treatment is built,” he said after the meeting.

Mallott said the talks were cordial and officials seemed sincere. But he let them know Alaska is serious about protecting water quality.

“Large mine development along those transboundary watersheds cannot be taken casually by the state of Alaska. And any engagement we have with British Columbia cannot be out of courtesy on their part,” he said.

The Southeast Alaska Conservation Council is among organizations critical of B.C.’s mine plans and the state’s response. Communications Director Daven Hafey said Mallott’s trip is a sign of progress.

“It’s movement. It’s movement in the right direction. But there’s still a lot of work to be done to make sure that what’s happening in B.C. respects Alaska waters and Alaska fish and that there’s very close participation between Alaska and B.C. on any development that occurs in the headwaters of our major salmon rivers,” he said.

During his visit, Mallott invited British Columbia officials to visit Southeast Alaska. Mines Minister Bennett accepted, though details are yet to be worked out.

He made a similar promise earlier this year, but never made the trip.