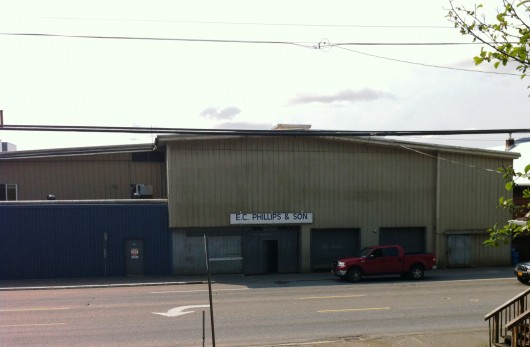 An ammonia leak led to a compressor shut-down at a Ketchikan fish processing plant Tuesday night, and prompted an evacuation of the surrounding area.

Ketchikan Fire Chief Abner Hoage said Wednesday that a call came in about 8 p.m. Tuesday, reporting the smell of ammonia coming from the E.C. Phillips plant on Tongass Avenue.

“After making contact with the owner of the facility, they advised us that the compressors had shut down, as they were designed to do, but they were afraid they could lose all the ammonia in the plant at that point, so we began evacuation of the surrounding area while they worked to get it under control,” he said.

“That calls for a 500-foot evacuation in all directions and a 1.4 miles downwind evacuation,” he said.

But, before fire department personnel started that level of evacuation, the plant’s haz-mat team was able to secure most of the ammonia. Hoage said the fire department evacuated a smaller area – about a tenth of a mile in all directions.

Evacuation is called for, because there are several serious concerns regarding ammonia leaks.

“It expands at a ratio of 300-to-one, liquid to a gas, and when you don’t have the compressors running, there’s a possibility of runaway expansion,” Hoage said. “That can stress the system and then you can have an explosion.”

You also don’t want to breathe ammonia, because it displaces oxygen; and it will suck the water out of anything it touches.

“It would attack those areas of your body where there’s moisture, and our bodies are made up mostly of moisture, of water,” Hoage said. “Ammonia will absorb that moisture, so it’s very bad for you to be exposed to it directly.”

Hoage said the plant’s trained haz-mat team had the system back online after about 45 minutes. He commended E.C. Phillips on its response to the incident.