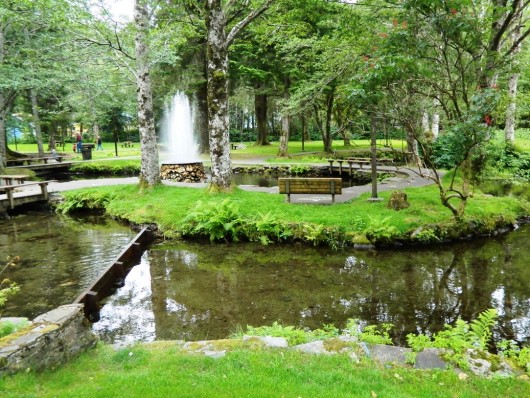 The ponds at City Park will be refilled with water and stocked with juvenile salmon in time for the June 20 Kids Fishing Derby.

The Ketchikan-Misty Fiords Ranger District’s annual Kids Fishing Derby is set for the morning of June 20th at City Park. For that event, the Forest Service is working with the Alaska Department of Fish and Game, Southern Southeast Regional Aquaculture Association and the Ketchikan Gateway Borough’s parks and rec department.

Two-thousand juvenile king salmon will be placed into the park’s ponds, which should be refilled with water by then, according to the Forest Service; and children will be able to practice fishing techniques. Kids also can bring a T-shirt to make a fish print.

The derby also will mark the grand re-opening of the hatchery, now managed by SSRAA. The facility will be open to visitors.

Other youth fishing events are planned on ranger districts throughout the Tongass, all in June. The Craig and Thorne Bay Ranger District’s annual Kids Fishing Days has not yet been scheduled. A date will be announced later.