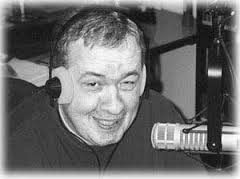 Bob Kern is Grand Marshall for this year’s 4th of July Parade. Greater Ketchikan Chamber of Commerce Executive Director Chelsea Goucher spoke to KRBD by phone on Tuesday and made the announcement.

“The Grand Marshall for this year’s 4th of July Parade will be Bob Kern, who is the former owner of KFMJ 99.9 FM.  He is definitely a pioneer in the community and in the community of radio, so I think that’s very appropriate, since the theme for the parade this year is ‘Pioneers of Alaska.’”

Kern was the first manager and engineer for this public radio station, KRBD.

Speaking earlier last month on KRBD’s Morning Edition, Goucher discussed the parade. She says she likes the theme “Pioneers of Alaska,” because it can be interpreted in many ways.

Goucher says this year the parade will start at the corner of Tongass and Jefferson and end at Deermount Street. She says future parades will likely continue in that direction. The direction of the parade usually alternates each year.

“The Ketchikan Volunteer Rescue Squad and the Ketchikan Police Department do so much of the work with the traffic control and helping people get lined up for the parade, and they really prefer it going from Madison to Tatsuda’s because there’s that extra lane. Last year was a bit of a challenge. There was a little bit of a bottle neck at some point by Garcia’s Galley. At least while I’m here, I think we should go with what those guys think is best because they’re the ones doing so much work on a volunteer basis.”

Goucher says registration forms are now available and should be turned in no later than Wednesday, June 24th. You can contact the Chamber office at 225-3184 for more information