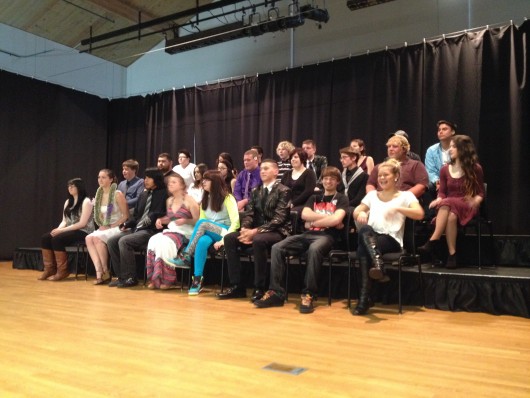 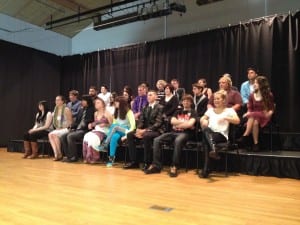 There was no pomp and circumstance or caps and gowns during Revilla’s Class of 2015 Ceremony. Graduates marched to their own beat and were cheered on as they strutted, walked or danced down the center aisle and up on stage. Some were dressed casually, some more formally. Some in leather, others in satin. The processional music was Donovan Frankenreiter’s “Move By Yourself.”

In his welcome speech, Principal Kurt Lindemann shared his 20 rules to live by.

“…Number 17, be mindful of what comes between you and the earth. Always buy good tires, good shoes, and good sheets. Number 18, it’s never too late for an apology. Number 19, you don’t get to choose your own nickname.  And finally…sit…shut…work.” 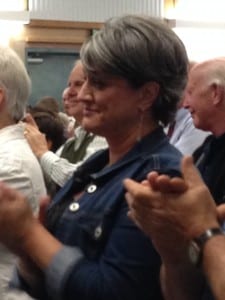 The keynote speaker was 1991 Revilla graduate Tammy Earnest. She shared her story of being a teen mom, struggling to keep up with her school work and care for her child.  Earnest says she was angry, embarrassed and ashamed when she was told she didn’t have enough credits to graduate from Ketchikan High School.

“I was 17 years old. I had a one-year-old child. I reached the end of my education with no diploma. I had nothing to show for the last 12 years of my schooling. I felt like a huge failure.”

Earnest says three years later she was raising her son and working multiple jobs to make ends meet. She says going back to school and getting her diploma became extremely important. Earnest says it was no longer about being embarrassed or ashamed, but about finishing something she started. She says she walked into Revilla Alternative High School in 1991 and shared her story with then Principal Alan Hauan.

“He helped to get me enrolled back in school. He even allowed me to bring my little Cody to school every day so I didn’t have the added stress of having to pay for daycare. In a very short amount of time, much less than the three years I wasted being angry, I had done it. I had finally learned my high school diploma. It was very empowering to finally have earned what I had worked so long and hard for.”

Since graduating, Earnest has been a stay-at-home mom and a wife. At age 30 she went to nursing school. She worked as a registered nurse for 10 years and then attended graduate school and earned her Master’s Degree in nursing. She says she currently is a family nurse practitioner.  Earnest encouraged the graduates to never give up.

“I started out 16 pregnant, 17 without a diploma, going back to high school at 21 with a toddler, and I still was able to set goals, achieve them, and find my place in a meaningful career and a wonderful life.  If I can do that, then so can any of you. Life can be tough, but you have to be tougher. Go out into the world and live your dreams. Be brave, be strong, be kind and never ever let life get in your way. Be someone that the future you will be proud of.” 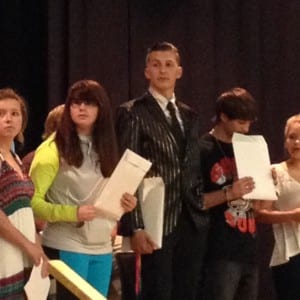 Lindemann announced the graduates as they stepped forward to receive their diplomas.

The graduates were then invited to step up to the microphone to share their thoughts. Several thanked family, friends and educators, while others shared their stories. 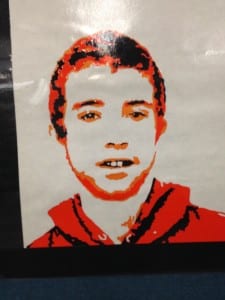 One of the student portraits created by Revilla teacher Jackie Keizer

“Without coming here for my mistakes, I most likely would have been a high school dropout. I was getting D’s and F’s and doing a lot of drugs. Without Revilla and the nice teachers, I would not be here today. I’d like to thank them for talking to me and giving me guidance to success.”

The ceremony ended casually with graduates being excused from the stage by Lindemann to join family and friends in celebration.