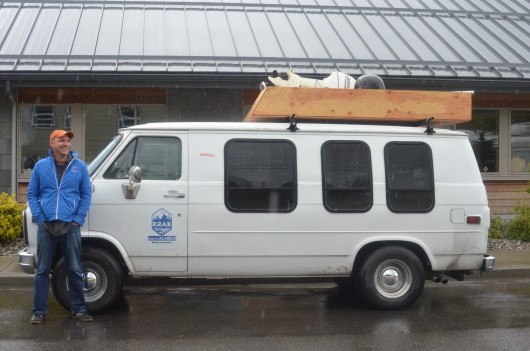 Race To Alaska organizer Jake Beattie is in Ketchikan preparing the finish line for the inaugural 750-mile engineless boat race through the Inside Passage. And he better be quick about it.

The finish line, with or without a banner, will be at the entrance to Thomas Basin.The leading team, Elsie Piddock, which is 100 miles ahead of the second-place boat, is expected to arrive in Ketchikan as early as midnight Thursday. 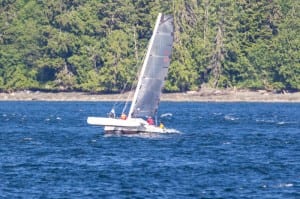 Beattie said that the 25-foot trimaran has a three-man crew of experienced sailors who said that during this race, they have faced the worst seas they have ever been in. “ 40 knots of wind on the nose, 5 knots of currents behind them, so the seas were confused and steep and torturous.”

Broken masts, leaking hulls and other calamities have caused many boats to drop out. As of deadline 21 boats remain of the 29 that finished the qualifying leg from Port Townsend, Washington to Victoria, British Columbia.

All the boats are tracked virtually with a live satellite tracker. The Fish House in Thomas Basin will serve as the gathering place for teams, race coordinators and supporters as teams finish sporadically through July 4th.

There is a celebration scheduled for the winners on Monday at the Fish House, although it looks as though the first-place team will arrive well before that. To see exactly when teams are arriving, you can follow along with the live tracker.