A $1.5-million contract to build an addition to the City of Ketchikan’s water treatment system is up for City Council consideration on Thursday, along with discussion of a tobacco tax, and whether to appoint someone to a soon-to-be-vacant Council seat.

According to a memo from City Manager Karl Amylon, contractor BAM LLC submitted the low bid to build the two-point chlorination facility, which should be done and ready to operate within a year. The total cost of construction, including erection of a prefabricated metal building, is about $1.65 million.

Amylon says that most of the funding will come from a low-interest loan the city received in 2007 from the state. That loan was for the new chloramine water treatment system, which was supposed to fix an ongoing problem with the city’s drinking water.

The city’s levels of disinfection byproducts exceed federal regulations. The chloramine system did reduce those levels, but not quite enough, especially during the summer months when the weather is warm. The byproducts form when organic material in the water comes in contact with chlorine.

The two-point chlorination system will spread out and reduce the amount of chlorine used, in hopes of getting the levels below the threshold.

The Council also will talk about a proposed tobacco tax. The $3-per-pack tax was rejected Monday by the Borough Assembly, although the issue likely will return to that body. The city could impose a tax without the borough joining in, but the proposal calls for an areawide tax.

In other matters, City Council Member Matt Olsen announced during the last 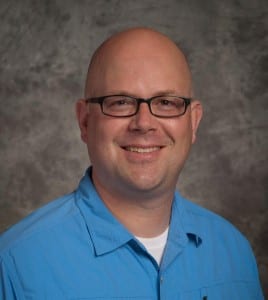 meeting that he is moving away for a new job, and that Aug. 6 would be his final meeting. City Clerk Katy Suiter writes in a memo to Council members that they could appoint someone to temporarily fill that seat, or let it remain vacant until the Oct. 6 election.

The process for filling a seat requires advertising for applicants, interviews by the Council and a vote. Suiter writes that even if the process goes perfectly, the appointee would serve only three meetings before the election.

She recommends leaving the seat vacant for now, and waiting for a candidate to be elected to complete that term.