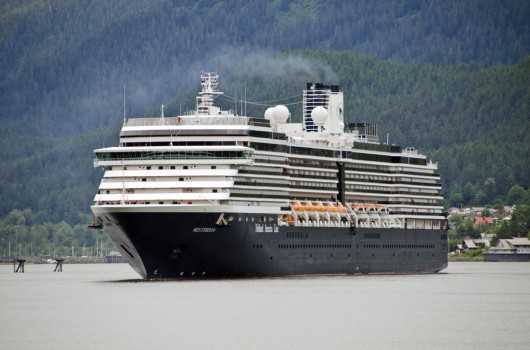 One day after a fatal floatplane crash, propeller sounds and sales pitches could still be heard on the docks in Ketchikan.

Don Bowman sells tours from a booth on Berth 4. He says about 90% of the tourists he spoke with today were aware of the previous days plane crash, killing eight tourists and the pilot on a flightseeing trip to Misty Fiords National Monument  but, people were still interested in the trip.

“It’s very gratifying. The Misty Fjords are a phenomenal trip everyone should have the opportunity. We make them aware of that as well.”

Jacqueline and Gary Riley who were aboard the Amsterdam, heard about it just before disembarking in Ketchikan.

“There was somebody that was on Facebook on the elevator and she told us about it.”“No one from the ship. Nobody on the ship made an announcement.”

Steve Quon also heard the news aboard the Amsterdam from the cable news networks.

“Well last night when I heard about it on the news I thought it was the ship next to us docked in Juneau, but it wasn’t but I still felt kind of like we lost someone, because it was the same company and these nine  people are doing the same thing my mom and I are doing. It hit home. It was kind of unnerving and sad.

The victims of the plane crash were cruising aboard Holland America’s Westerdam. Holland America also runs the Amsterdam and the Zaandam. The Zaandam captain made a general announcement to passengers on board that morning.

“Said that there was a plane I think 8 passengers sightseeing that did crash. Offered his condolences and asked everybody. He asked for us to keep them in our thoughts and our prayers for the passengers and the pilot. It was more or less a brief announcement.”

Steve Castle added that he and his wife responded to several text messages reassuring their children and friends they were safe.

The announcement also included information regarding an interfaith service that would be held aboard the ship in honor of the deceased.