Trial under way in case of runaway POW boys 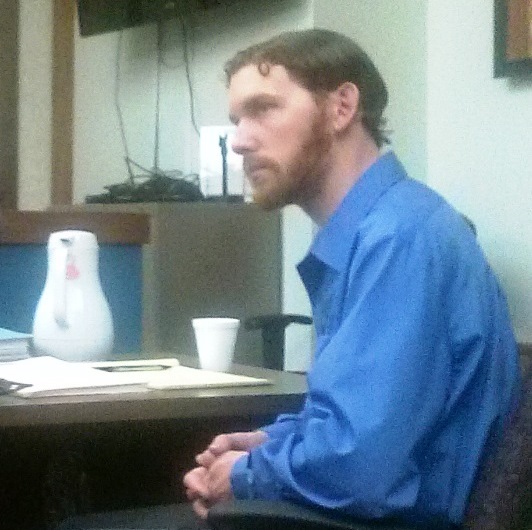 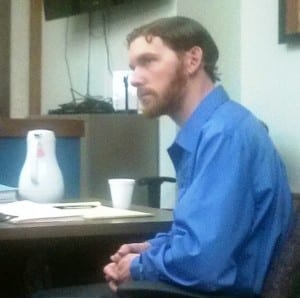 After seating a jury Monday, the trial of a man accused of helping his brothers run away from their Prince of Wales Island home continued Tuesday in Ketchikan Superior Court.

The boys were 11 and 13 when their mother reported them missing from Thorne Bay on June 2, 2011. The boys, Toby and Jacob Simmermeyer, were found more than eight months later trying to get off a ferry in Bellingham, Wash., with no IDs and no tickets.

The mother, Laura Swanson, accuses both her ex-husband, John Mathis Sr., and her oldest son, John Mathis Jr., of helping the boys. The son is now on trial in Ketchikan Superior Court for felony charges of custodial interference, contributing to a delinquent minor runaway, and misdemeanor theft: In other words, for helping the boys run away from home.

The main argument lies in whether the boys ran away themselves while their big brother occasionally checked up on them, or whether John Mathis Jr. helped keep the boys from their mother, who had full custody.

In opening arguments, Prosecutor Steven West argued that John Mathis Jr. both concealed the boys’ location, and used his position as an assistant ticket-taker aboard a ferry to get his two younger brothers down to Washington.

West claimed Mathis Jr. must have helped, because there were no records of the boys purchasing tickets in Ketchikan or in Haines, where the boys told officers they boarded. West argues that the only reason they were caught was because Mathis was stuck in court on a subpoena related to this case.

Mathis Junior had been summoned to give information on the disappearance of his brothers. This took longer than expected so West says Mathis was unable to join his brothers on the ferry.

Defense attorney Rex Butler argues that Mathis didn’t help the boys onto the ferry, as he was constantly shadowed by supervisors, and that the boys ran away unassisted as they had done a few of times before.

Butler says the reason they ran is because they were afraid of their mother, who Butler accuses of abusing the boys both physically and mentally, to the point where they saw no other option. He asked the mother, Laura Swanson, about those allegations. Here’s her response, followed by an exchange of questions:

Butler: “Did you punch him?”

Butler: “Throw things at him?

Swanson: “Yes I did throw things once in a while.”

Butler: “Well you would hit him with things, right?”

Swanson: “I’d never mean to hit him with it.”

Butler: “Well if you threw things at his, eventually you were going to him him. Sounds like you meant to hit him. Book? You’d throw books at him, wouldn’t you?”

Butler: “What would you throw at him?”

Swanson: “I did let go of a hammer once.”

Butler: “And you hit him in the head with it?”

Swanson: “No, I grazed him. I didn’t mean to hit him. I apologized immediately after. I’m not the kind of “person that goes out to hurt her kids.”

What is known is that the boys had contact with the defendant and their father through phones found in their possession. But the question remains if John Mathis Jr., the older brother, broke the law by keeping their location a secret and helping them escape.

The father is facing similar charges in a pending case.

The John Mathis Jr. trial continues Wednesday at 8:30 a.m. and is expected to last through Thursday.