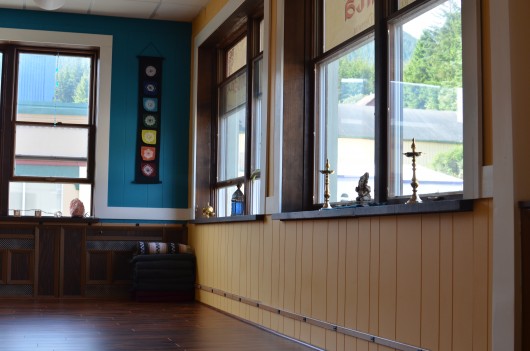 For the first time in about eight years there is a space in Ketchikan dedicated to yoga.

Yoga classes in Ketchikan are held at the library, the recreation center and spare space around town, but Carol Naranjo saw a need for a consistent and dedicated space.  So she got a business license and in January opened her door.

“Advaita Yoga Center, your space for self discovery. That was my hope, to help people find out more about themselves.” 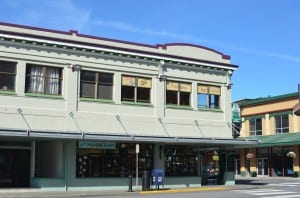 Advaita Yoga on the corner of Dock and Main Street .

The studio is on the second floor at the intersection of Dock and Main Street. With the windows open, the downtown studio can get a fair amount of traffic, but Naranjo said it reminds her of practicing yoga in India.

“There was traffic, horn blowing and they just did the classes, and just part of letting go. It’s good to have the noise in a sense and to let go of the noise.”

She said it was while she was in India in 2011 that she first started thinking about opening a yoga studio. “ Yoga encompasses a lot of thing. There’s the yoga poses, the asanas, meditation, healthy eating, breath work. ” 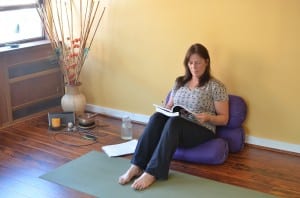 Carol Naranjo reads over yoga books in her studio on July 7, 2015.

The simple studio with turmeric-colored walls and a view of Deer Mountain can fit up to 13 people, and the clientele has been growing slowly to about 10 regulars. Naranjo has been able to pay the rent, but hasn’t yet made any profit herself. She works full-time as a Borough bus driver, and holds classes after and sometimes very early before work.

She hopes eventually to dedicate more time to the space and expand classes to encompass other interests and instruments, such as the harmonium and Tibetan singing bowls.

More information about classes and times can be found at Advaita’s Facebook page.