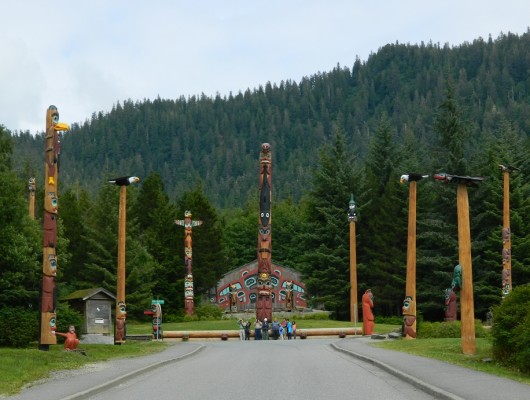 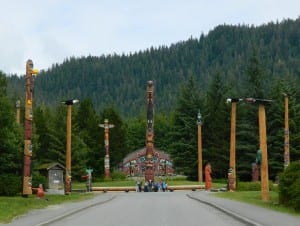 Local resident Lee Wallace testified today in Washington, D.C., during a hearing in front of the House Subcommittee on Indian, Insular and Alaska Native Affairs.

The subcommittee is chaired by Alaska Rep. Don Young, who has sponsored a bill that would change the Federal Subsistence Management Program’s process for designating a community’s rural status, which allows community members to harvest subsistence food.

Wallace heads up the Saxman IRA, and has been outspoken about reinstating the Organized Village of Saxman’s rural designation.

Saxman lost its designation during a 2007 Federal Subsistence Board review. The board decided that Saxman’s connection to the larger community of Ketchikan meant that Saxman can’t be considered rural.

Saxman has about 400 residents, compared to about 7,000 in the City of Ketchikan.

“Upon arrival, the Cape Fox dancers and elders, they came and met the plane from Anchorage,” he said. “They knew I was sad and downhearted. They wanted to lift me up. They greeted me with a song and prayer for encouragement that we should continue on to fight our battle to regain our rural determination status.”

Since then, the Federal Subsistence Board has proposed a rule change that would allow more flexibility when determining rural designations, and has conducted public hearings on that rule. Numerous Southeast Alaska residents – including Wallace — commented during those hearings in support of Saxman’s claim to subsistence rights.

Wallace told the subcommittee that while a rule change would be a step in the right direction, Young’s proposed bill would provide more security.

“Saxman supports this legislation because it creates permanent and procedural protections for rural communities,” he said. “It eliminates the fear and anxiety caused by the unnecessary process in which the FSB essentially evaluates whether we can carry on our traditions and our way of life.”

Young’s bill would require congressional approval before a community’s rural designation could be removed in the future. Alaska Sen. Lisa Murkowski has sponsored a similar bill in the U.S. Senate.

“Saxman was a Native village long before Ketchikan was ever created. And then Ketchikan became a fishing town and a timber town and sort of grew up next to them,” Young said. “Then for some reason, someone had an issue that they weren’t rural anymore, because the city grew to them.”

Rep. Don Young’s bill has not yet passed out of subcommittee. If it does, its next stop would be the House Natural Resources Committee.