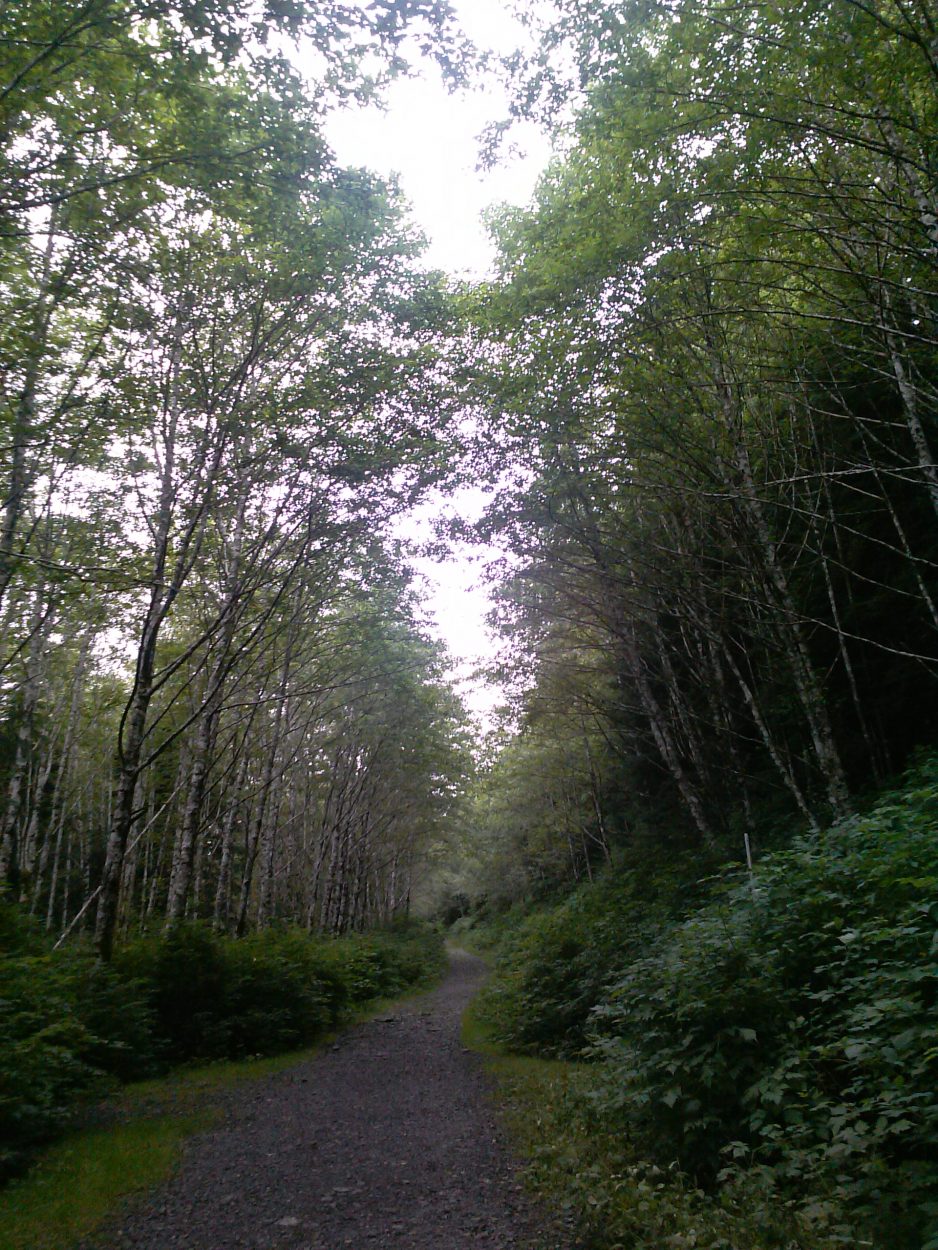 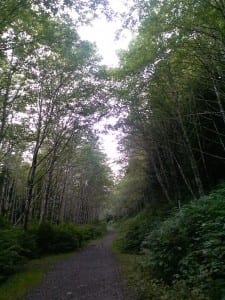 Over the last three weeks, six kids from the Youth Conservation Corps have been helping the U.S. Forest Service across Tongass National Forest. They’ve helped stake out places for tree removal, clean up around fisheries, and clear trails around Ketchikan.

After weeks of sunshine and warm weather, Ketchikan has been taken over, once again, by rain. This meant messy work for six students working on the Tongass through the Youth Conservation Corps.

The kids say they’ve enjoyed working in Alaska’s outdoors over the last month, but their final two days left them fairly soaked.

“Then it’s just sitting there soaking again your skin, yeah.”

“It’s been so great the last couple of weeks and now it’s just terrible.”

Kelsey Salmon Schreck was the troop leader, and she agrees those last few day were the worst they had.

“That was the heaviest rain we’d had all program, and then three people just decided that they didn’t need their rain gear. Everybody was just unhappy that day. Things are winding down and expressing their emotions.”

Thankfully, the rest of their YCC experience was pretty sunny. The young workers helped all three forestry branches across the Tongass, including timber crew, fisheries, and trail work. Even though Ketchikan’s rainy trails were largely everyone’s least favorite, there were few complaints outside of a general interest in getting warm clothes. The YCC program doesn’t provide an allowance for rain gear.

Aged 15-18, these six students came from around town and around the world. The farthest-flung traveled from the Netherlands, while others came from Florida and Ohio. The Forest Service hired them alongside about 100 others across the nation to keep national forests up and running.

Travis Mason-Bushman is the Forest Service’s Partnership Coordinator, and he says it’s more than just a summer job.

“The goal of the Youth Conservation Corps, whether it’s around the country or right here in the Tongass National Forest and right here in Ketchikan is to give these young people a real taste of what it means to work in the forest. And whether they go on to work in the forest service…or whether they go on to become a computer programmer and a police officer, they’re going to take away a little bit more of an understanding of what the national forests mean.”

Mason-Bushman says Ketchikan hasn’t hosted YCC members for at least five years, but YCC workers on the Tongass this year represent about 10 percent of the total YCC workers nationwide. He attributes part of this to Alaska, itself.

“People throughout the Forest Service I think recognize the very unique opportunity that we have here on the Tongass to give kids their first exposure to an incredible rain forest and an incredible community like here in Ketchikan.”

They earned $10.25 an hour for their work, and many said that was a large reason for joining. However, others, like Shane Menzies, see it as an opportunity for the future.

“It seems like a good job. It seems very outdoorsy and not much desk work in the summer. If it comes up, I’d probably sign up again.”

Even Crew Leader Schreck, who’s fresh out of college with an archeology degree, sees a potential future in the forest industry.

Mason-Bushman that this was one of two groups on the Tongass National Forest this year, and he hopes it’ll get even bigger in the future.

As long as they’re warned about the rain.