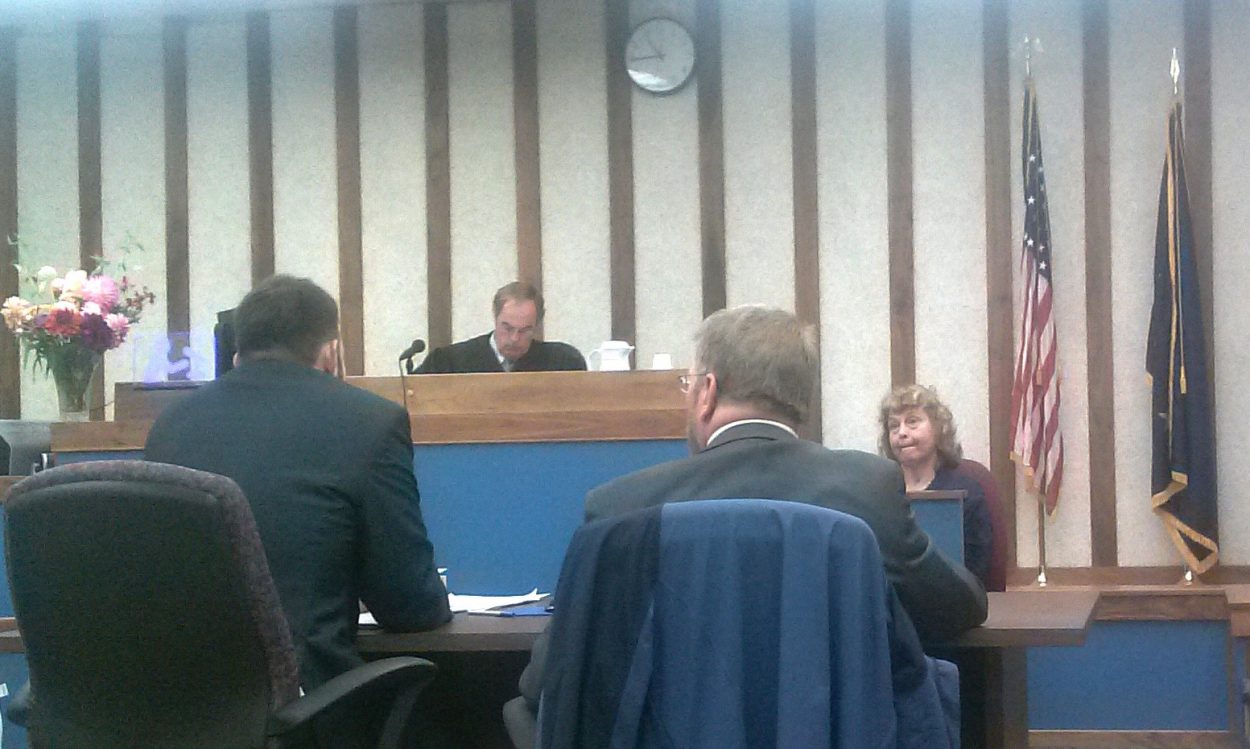 A civil trial this week in Ketchikan ended with a warning to Southeast Alaska homeowners: Make sure your outdoor walkways have a non-slip surface, or you could end up paying thousands of dollars if a visitor falls and gets hurt.

The late Janette Edwards willed her estate to her grandchildren, but also said she didn’t want anything sold for at least 10 years after her death. This left Anita Statter, Janette’s daughter-in-law, to run the place until it could be sold. Statter says she took care of the place as well as she could , and never had any complaints about slippery steps while she rented it out.

“My renters went up and down the steps, they had company, they had children, and everybody went to the beach.”

Her lawyer asked: “In that 10-year period up to the time of this fall of Aug. 2012, did any of those renters even complain to you about the steps, the beach steps?”

After years of renting the place out, Statter was ready to sell, and put it on the market.

That’s when the 60-year-old Robert McClory and his wife came to look at the property along the North Tongass Highway on Aug. 28, 2012. While looking around, McClory said he started down the back steps to the beach. He slipped while holding the arm rail, dislocating his shoulder.

From this, he later experienced adhesive capsulitis.

“Adhesive capsulitis is when the capsule around the shoulder becomes contracted… It makes it more difficult to move, and so usually they have decreased range of motion and it’s usually very painful, too.”

That’s physical therapist Ivona Edwards. She worked with McClory to get his arm back its regular range of motion. Edwards she said was mostly successful, aside from some stiffness and an occasional click. McClory says he still has occasional pain, however, and his lawyer, Leif Thompson, asked  the jury to award additional money for future pain and suffering on top of actual damages.

“He does what he can, but his shoulder has a limit. He can’t reach up. If you look on his charts around Super Bowl time, he strained his shoulder in 2013. GOAL! That’s all. Just a moment of excitement.”

Statter’s lawyer, Wayne Watson, argued that the nonstick surface on those steps hadn’t caused any accidents before, and that the negligence was purely McClory’s for not paying attention when stepping from the gripped deck surface to the non-grip stairs.

“These people lived there day in and day out. Mrs. Statter, who is 78 years of age. She could go up and down those steps. She didn’t have any problems. But Mr. McClory was more focused on the water…

I’m upset that somebody would file a lawsuit because they slipped and fell.”

By the trial’s end, the fight came down to a few questions for jurors to decide. Because this was a civil trial, instead of a criminal trial, the rules were a little different. Only 10 out of 12 jurors had to agree, and jurors only had to be convinced that the complaint was likely true. As Judge William Carey, put it: “Something is more likely true than not true if you believe that there’s a greater than 50% chance that it’s true.”

So, the first three jury questions were if Statter was negligent, if McClory was harmed, and if Statter’s negligence caused McClory’s harm.

If the answer to each of those three questions was yes, the next two questions would be what dollar amount could be awarded for McClory’s injuries, and just how much, percentage-wise, either Statter or McClory was to blame.

In this case, the jury found Statter negligent, but not completely. The 12 jurors unanimously decided that McClory was 40 percent to blame for his fall, which meant Statter, and her mother-in-law’s estate, would only have to pay 60 percent of the damages.

The jury did not award damages for future pain and suffering.

After the trial, McClory’s attorney, Leif Thompson, said in a statement that this trial sends a message. “The jury set an important precedent about the duties that the community expects of landowners and pedestrians.”