Draft petition calls for a third city in Ketchikan 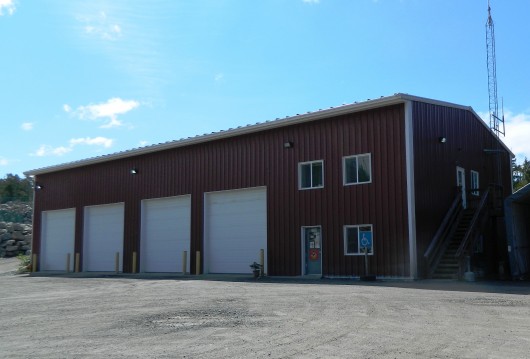 Consolidation has failed in Ketchikan many times in the past. Now, a group of people in the Ketchikan Gateway Borough’s North End is trying something completely different: They want to create another city in the borough, which would add a fourth local government in a community of about 13,000 people.

The draft petition calls for creation of the City of Ward Cove, using roughly the same boundaries as what is now the North Tongass Service Area. The home-rule city would begin where the City of Ketchikan’s ends, a little north of the Shoreline Drive area, and would extend to Settlers Cove State Park on the far north of the road system. 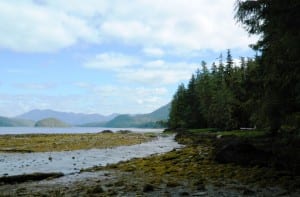 Ketchikan Gateway Borough Manager Dan Bockhorst said the petitioners have consulted with him while drafting the petition. He said areawide powers, such as public education, transit and the airport, would remain with the borough. But the petition calls for transferring a number of non-areawide powers to the new city.

“The ones that are currently provided in that area by the borough include library, sewage disposal, solid waste, regulation of the sale or possession of drug paraphernalia, regulation of possession and sale of fireworks, the North Tongass Fire and EMS Service Area, the Ward Creek Road Service Area and the Mud Bight Water and Utility Service Area,” he said. 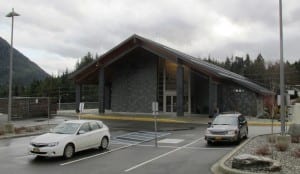 the City of Ketchikan. The city operates the Ketchikan Public Library, and has a Memorandum of Understanding with the Ketchikan Gateway Borough. Under that MOU, the borough provides per-capita funding to the city for library services, and to collect that, charges a fee on a non-areawide basis.

Based on that agreement, the borough provided about $400,000 for the library this year.

Bockhorst says that agreement applies only to borough residents who don’t live within any incorporated city.

“So, if a City of Ward Cove were to form, our power to provide library services would be restricted to exclude that area,” he said. “So, there would be an adjustment in terms of not necessarily the formula of how the borough pays, but there would be a rate adjustment.”

The petition estimates that the population of the proposed City of Ward Cove would include 3,250 permanent residents. That equals roughly $256,600 of this year’s borough contribution to library services. 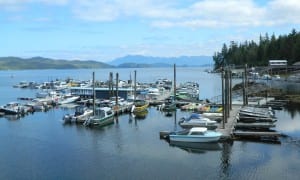 The petition does not propose any change in the current property tax rate, which now is 5 mills for the borough, and 2.4 mills for the service area. There also is no proposed sales tax for the new city, beyond the current 2.5 percent boroughwide sales tax.

The petition calls for a strong-mayor form of government, which means the mayor would act as the city manager. The city also would have five elected council members, serving two-year terms.

Bockhorst said if the City of Ward Cove does eventually form, it will be an interesting development for the borough.

“It will have an effect, and not necessarily a negative effect,” he said. “At this time, I do not have any concerns about that.”

Bockhorst adds that the petitioners seem to have drafted a clean, well-thought-out petition.

“They are consulting with the Ketchikan Gateway Borough, as they should be,” he said. “And they’re planning to consult with the City of Ketchikan and also with the North Tongass Service Area Board.”

Petitioners named in the document are Trevor Shaw, who is a Ketchikan School Board member, and Jason Harris. Neither returned a call seeking comment by deadline for this story.

The petition is still in draft form, and has not yet been formally submitted to the state Local Boundary Commission. The petitioners will need to gather signatures of at least 15 percent of voters in the last election before officially submitting the petition for review.

Once that has taken place, the LBC will decide whether to move forward with an incorporation election for what would be Ketchikan’s fourth local government. The other three are the borough, the City of Ketchikan, and the City of Saxman.

This report has been corrected to accurately reflect the amount of library funding that would be affected by formation of the new city. Borough officials made an error when initially calculating the amount.