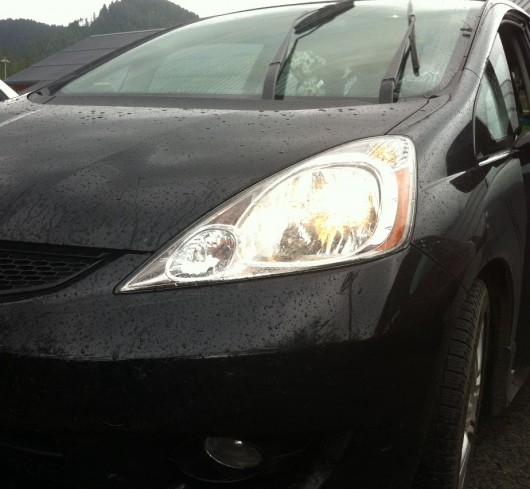 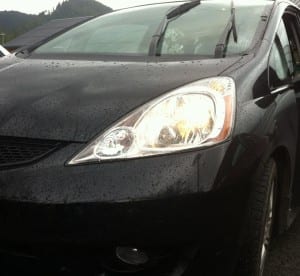 About a year ago, the Alaska Department of Transportation initiated a new regulation, requiring drivers to keep their headlights on at all times when traveling on certain roads in Southeast.

The change was a surprise to some residents of the region, including state Sen. Bert Stedman, who has since drafted a bill to reverse that administrative rule.

Andy Deering first learned about the new headlights-on-at-all-times rule during a city council meeting in Craig. He said the mayor, police chief and other city officials hadn’t known that the rule was coming until just before signs started going up on Prince of Wales Island roads.

Turns out, it was happening on state roads throughout the Southeast region.

“We did a little research and found out it was actually implemented as a sort of unilateral decision by the Southeast Region traffic and safety engineer,” he said. “A little further research found that the Legislature had voted on this issue nine times over the past years, and it was rejected nine times.”

Deering said he and other Prince of Wales Island residents are unhappy with the rule itself, but are particularly unhappy with how it was implemented.

“We can argue back and forth about the utilitarian arguments about whether headlight use needs to be mandatory during daylight hours, but that’s really beside the point here,” he said. “The real point is that one unelected official was able to circumvent the Legislature’s wishes, which really represents the wishes of the people.”

He said it all came about because of a grant.

“These guys cooked this thing up, to get this grant from the federal government,” Stedman said. “Those guys being some guys in the bowels of DOT.”

It was federally-funded, said DOT spokesman Jeremy Woodrow, although he said there was not a specific grant for this project. Woodrow said the approximately $25,000 signage program was part of the department’s overall safety improvements effort, paid for through federal highway funding.

Woodrow said state statutes do allow the department to make these kinds of determinations.

“For the DOT in Southeast, we were evaluating different roadways in the region, looking at crash history and the amount of traffic on certain roads,” he said. “And it was determined that there could be an improvement to the safety aspect of these certain sections of highway if we were to put up signage to ask motorists to turn their headlights on at all times – day or night.”

But, Stedman said, DOT’s own data shows that Southeast’s highways are not the ones that are most dangerous in Alaska.

“And it’s ridiculous. So we put together a bill last year to deal with this,” he said.

That bill is Senate Bill 92, which would basically reverse the administrative rule regarding headlights.

“It just lights me up that some bureaucrat in the bowels of DOT goes and gets a grant and then starts telling us what to do,” Stedman said. “We’re a democracy. We have a Legislature that makes those decisions.”

Woodrow said DOT officials will be happy to work with state lawmakers to provide information whenever Stedman’s bill moves through the legislative process. What the department probably won’t have yet, though, is data on whether the headlights-on rule has made a safety difference in the region.

“Definitely too soon to tell,” he said. “When we look at crash history, we look at the course over a long stretch of time. That’s really the only way you’d be able to determine if there has been a reduction, is to take a minimum of five years to 10 years in time.”

Woodrow said there is data nationally, and from other highways further north in Alaska, that require headlights at all times. That data shows a reduction in crashes.

But that’s not the important point for Deering. After all, newer vehicles with running lights that are on all the time eventually will replace older vehicles, so that problem will go away by itself.

“The problem that won’t go away is the fact that the legislative process isn’t working if this sort of thing is allowed to stand,” he said.

The legislative process for Stedman’s headlights bill stalled in committee during this last session, in part because lawmakers were so focused on the state’s massive budget deficit.

Stedman said he plans to move the bill forward when the Legislature reconvenes in January.