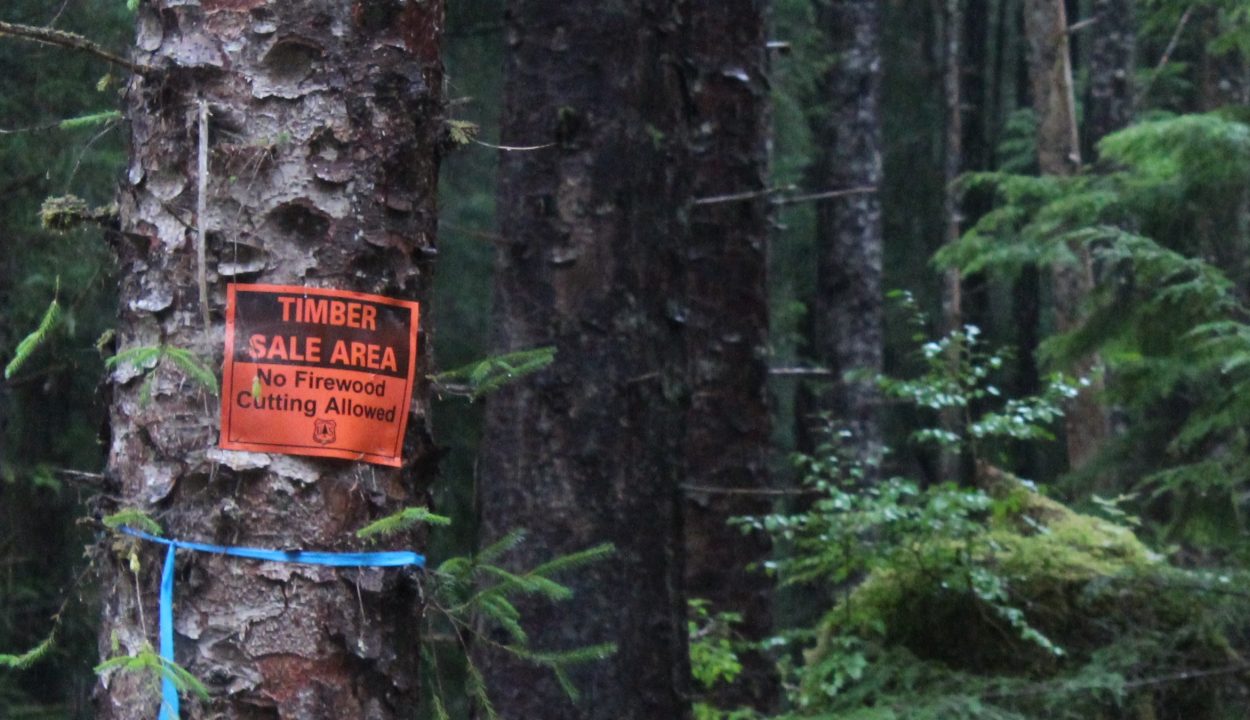 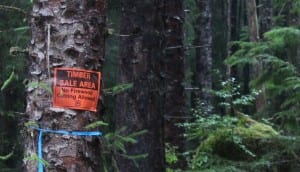 Timber sales on the Tongass National Forest have been the center of controversy for some time. One argument is over how costly timber sales can be when managed by the Forest Service using tax dollars. Another area of contention is the act of cutting down century-old trees. The Forest Service on Prince of Wales Island and U.S. Department of Agriculture officials are working on a plan to help ease tensions by changing rules and selling younger timber. KRBD sent reporters to Prince of Wales’ first completely young-growth timber sale to see how it’s being done.

The timber business is a juggling act of trying to make money, keep jobs and be environmentally friendly. Lean too much one way, and the other two collapse. The Forest Service on Prince of Wales Island is seeing this first hand as timber sales struggle to make profit and face larger opposition from environmental groups.

In an effort to make money and uphold environmental interests, Thorne Bay District Ranger Rachelle Huddleston-Lorton says the Forest Service is transitioning to selling younger timber at the request of the Secretary of Agriculture Tom Vilsack. 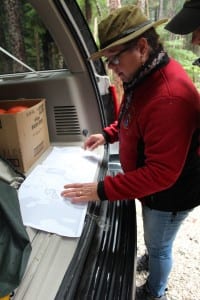 Rachelle Huddleston-Lorton looks at a map of the Dargon Point Timber sale near Thorne Bay on Prince of Wales Island.

“We understand and the secretary understands that the social acceptance for clear-cutting old growth trees, it’s just not there.”

This transition preserves some centuries-old trees by harvesting a hopefully sustainable rotating crop of trees as young as 55 years old, just big enough to use as lumber at about 9 inches in diameter.

Right now, Prince of Wales is managing it’s first completely young-growth timber sale, called the Dargon Point sale. The first 9-acre slice of it, called Little Buck, already sold to a small, local buyer named Good Faith Lumber. The larger chunk, or Big Buck, is still relatively small at about 50 acres, but Huddleston-Lorton says Secretary Vilsack and the USDA are very interested in the outcome. Huddleston-Lorton says the USDA has been strongly encouraging a fast transition to young growth timber.

“So the secretary issued his memorandum in July of 2013, and said over the next 10-15 years the Tongass is going to transition into young-growth management.”

To help with a transition to young trees, new stipulations allow timber to be cut at a younger age. The old rule required no cutting until timber reached a stage where its growth started to slow. Huddleston-Lorton says that stipulation was largely removed.

“And so that allows us to go into some of these stands. What we’re looking at right now are stands that are 55 years or older that have a minimum of two 36-foot logs in each tree, up to a 6-inch top.”

Another change is proposed for the Tongass Forest Plan, and would allow the Forest Service to sell timber that’s closer to beach fronts. Huddleston-Lorton says the current regulation includes a buffer of 1,000 feet that can only be harvested if it benefits wildlife. The new rule would cut it down to a 200-foot buffer.

“We could go in and have a commercial sale in the beach buffer and it would have to not harm wildlife habitat, but doesn’t necessarily have to make it better.”

But this is just a proposal for now. 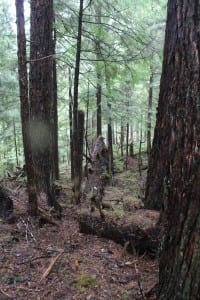 An old-growth timber stand the Forest Service sold as part of the Big Thorne sale on Prince of Wales Island.

“We would prefer to not open up areas that are in the beach fringe, in the riparian area. We feel like there is an adequate base of timber that can be developed.”

Ballhorn says they support overall young-growth transition, though, because it means that the older Tongass trees will be preserved, or only be sold in smaller amounts, allowing local companies to buy them and keep them on this side of the world.

“We just don’t want to see old growth being clear-cutted for export. If we’re going to be logging, clear-cutting old growth, we would like that to be small and micro timber sales that support small businesses in Southeast Alaska.”

However, using young growth isn’t a fix-all solution. Young lumber is worth less because it isn’t as hard and compact as old lumber. There’s also added costs for lumber mills that need new equipment to process smaller trees. And then, Tongass forestry worker Garry Brand says another added procedure is “pre-commercial cutting.”

“We’re lucky here. When we do harvest, we don’t really necessarily have to plant trees because there’s so much seed and it comes up so thick, we actually have the opposite where it really is actually beneficial to come in in 15 to 20 years and thin it out.”

Brand says after a long time, the tallest trees suppress the rest and a stand self-thins, but when young timber sales are necessary, stands must be manually thinned.  Otherwise, local animals can’t live there, and trees can’t grow big enough to harvest.

Before any timber sale can happen, it must prove that it can come out with a profit and get a thumbs-up from biologists to make sure it won’t hurt animals, stream flows, or future habitat.

So, in all, the Forest Service needs to make sure a timber sale won’t hurt wildlife, will garner a profit, is on par with the young-growth transition, accounts for trimming, and allows for enough beach buffer among other things. All this before it can hit the market. And even then, there’s no promise someone will buy it for the necessary price. In fact, Dargon Point couldn’t sell last time it was on the market.

All this takes a lot of time and effort, and the forest service struggles to not lose money on these sales. Some people wonder whether it’s worthwhile.

Huddleston-Lorton says in the Tongass, and especially on Prince of Wales Island, the loss of a few jobs could mean a neighbor, friend or family member leaving the area, taking some of the economy with them when they go. 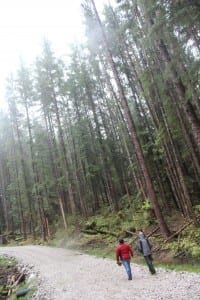 Hudleston-Lorton (left) and Garry Brand (right) walk through the Dargon Point sale area looking for chanterelle mushrooms while walking back to their vehicle in the rain.