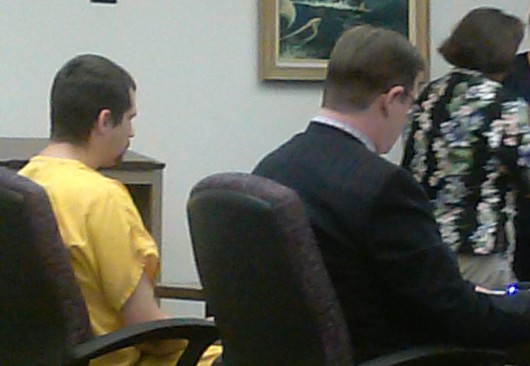 The man accused of a fatal stabbing in Ketchikan on August 10th plead not guilty today in Ketchikan Superior Court.

Twenty-three-year-old Zachariah Willard is charged with second degree murder and manslaughter after stabbing 33-year-old Wayne Nathan in the chest during an altercation in the house Willard rented with roommates.

Willard’s attorney, Jay Hochberg, tried to argue for a reduced bail and to have Willard released to his mother as a third-party custodian.

The mother, Angela Perez, said she would stay at the house of her 18-year-old son in a one-room apartment in Ketchikan for as long as needed.

The court denied the request, citing Willard’s possible mental instability and a prior conviction of assault with a knife and by choking back in 2014.

Arguing for a reduced bail, Hochberg suggested that Willard was in his own home and felt threatened, giving him the right to defend himself. Assistant District Attorney Ben Hofmeister argued that the stabbing was premeditated and had been threatened beforehand.

Willard faces a maximum penalty of 119 years in jail if convicted.

The trial is set to start Nov. 30 in Ketchikan Superior Court.