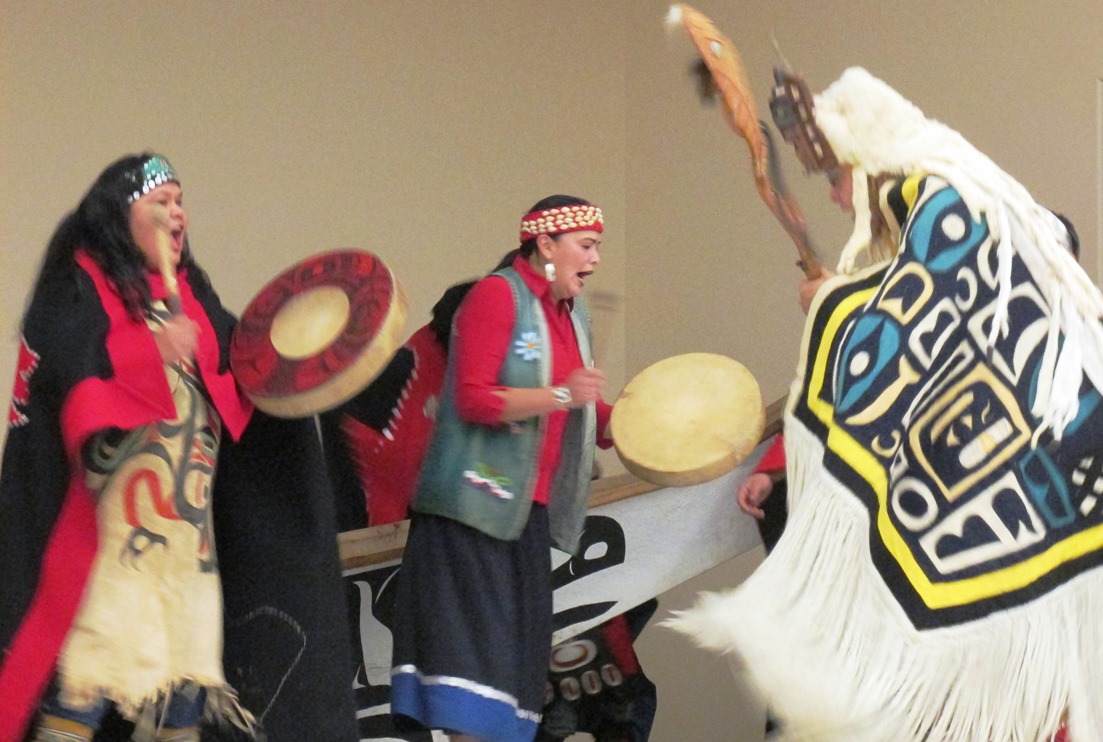 In this KRBD file photo, The Cape Fox Dancers perform at the Saxman Community Center.

Alaska is now the first state to recognize the second Monday in October as Indigenous Peoples Day instead of Columbus Day. Governor Bill Walker signed the proclamation Monday, and First Alaskans President Liz Medicine Crow made the announcement at the Elders and Youth Conference.

“Well moments ago, the inaugural Indigenous Peoples Day of Alaska!”

The declaration came on the heels of a similar announcement by Anchorage Mayor Ethan Berkowitz. That city also now recognizes the holiday. First Alaskans board

“This is a historic moment considering all the trials and tribulations our people have experienced over time. A lot of not so good stuff, historically speaking. But finally, after all these years of work, by a lot of people and a lot of understanding by people who didn’t know a lot about our people, we’re being to understand each other a little bit better.”

At least nine other cities nationwide recognize the holiday.