Four swim to shore after plane crash near Haines 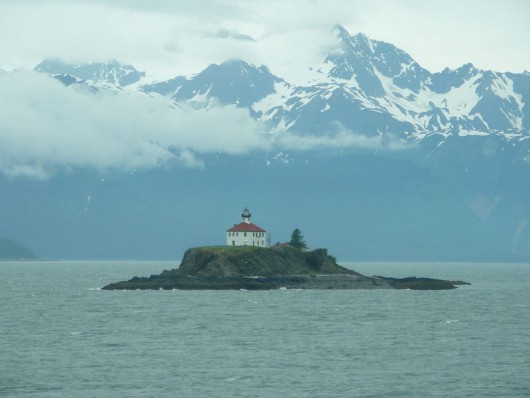 Four Haines residents survived a plane crash yesterday afternoon and swam through 5-foot seas to get to the rocky shore. Three were released from a Juneau hospital while the fourth is still in critical condition in Seattle. The privately-owned Cessna 180 went down shortly before 2 p.m. and crashed into Lynn Canal near Eldred Rock, about 50 miles north of Juneau and 30 miles from Haines.

The U.S. Coast Guard got the request for assistance at 1:45 p.m. on Wednesday, according to Petty Officer Meredith Manning. The Federal Aviation Administration heard the mayday call from the pilot, identified by Alaska State Troopers as Michael Mackowiak.

Mackowiak reported that the plane’s engine had died while flying to Haines from Juneau. The plane crashed into Lynn Canal and the four swam to the rocky beach north of Berners Bay on the east side of the canal, in the vicinity of Eldred Rock.

A Coast Guard MH-60 Jayhawk helicopter was dispatched and picked up three passengers, while a TEMSCO helicopter picked up the fourth person. All were brought to Juneau. Manning said seas at the time of the crash were at 5 feet while winds were around 28 miles per hour. The call came in at 1:45 and the four were located by rescuers at 3:25 p.m.

Here’s Manning talking about the scene when rescuers arrived.

“All four of the survivors had swam to shore and the plane was no longer visible in the water.”

All passengers were seen at Bartlett Regional Hospital, but one was later transferred to a Seattle hospital, while the other three were treated and released on Wednesday evening.

Troopers said they received a call from TEMSCO shortly after 2 p.m. that it was in the process of responding to a downed aircraft. Troopers confirmed Michael and Martha were on board along with two juveniles, all of Haines.

Shaun Williams is the lead investigator from the National Transportation Safety Board charged with looking into the crash. He said Thursday morning that once the search and rescue aspect of the accident was over, he began the initial phase of the investigation into why the plane went down. Collecting evidence is a challenge as the plane is currently submerged in Lynn Canal.

“The NTSB does not do recovery. That’s up to whether or not there was insurance or up to the individual if they wish to go after the aircraft,” Williams said.

Williams said without the plane to comb through, he will conduct interviews, look at maintenance records and the pilot’s flight history to get more clues into the probable cause.

“And trying to recreate as much of the information as possible as far as how the airplane was configured, what sounds, what vibrations, if any, that sort of thing.”

If the plane is recovered, Williams said he will travel to Juneau to inspect it.

“It’s a big puzzle and we have try and put all the pieces together to backtrack and find out what happened and what caused this aircraft to impact water,” he said.

Williams said a preliminary report will be released in five to 10 days and a factual report in six to 12 months.