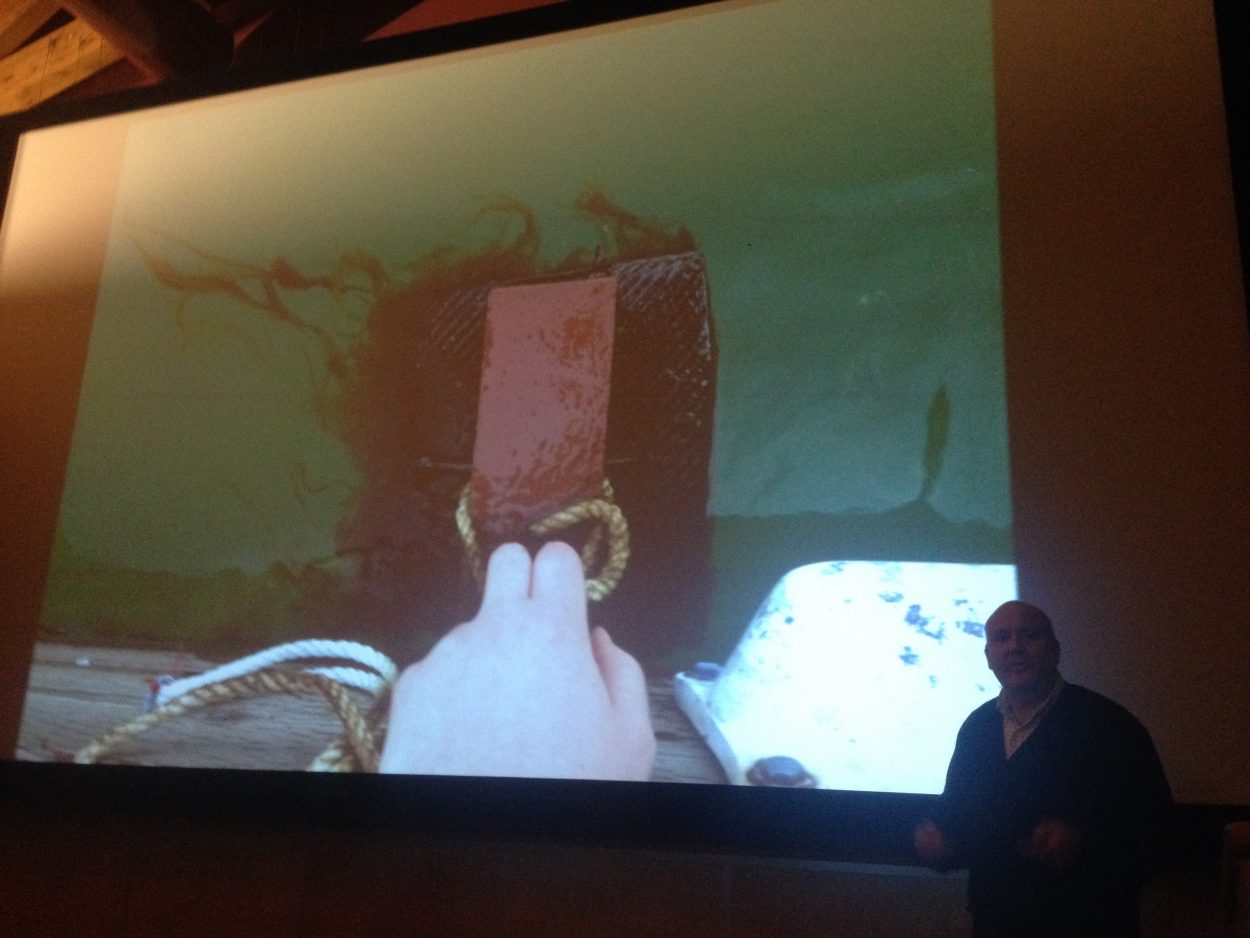 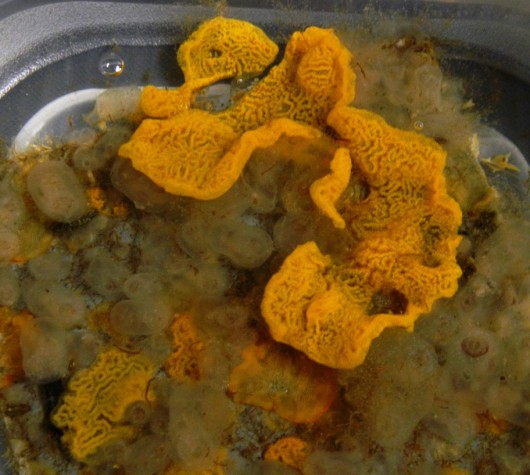 Tunicates- spineless marine creatures- have been the center of study for Christopher Donar and Gary Freitag, who presented their findings Friday at the inaugural Friday Night Insight, a winter lecture series at the Southeast Alaska Discovery Center. 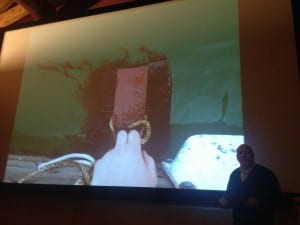 Christopher Donar lectures in front of an example of a pvc plate attached to a brick.

Bar Harbor, Knudson Cove and Refuge Cove all have invasive tunicates, but they aren’t a problem yet. Since June, Donar has  measured the number  of tunicates by attaching  pvc plates to bricks and setting them in each of the various harbors for three weeks, giving the creatures time to adhere to the plate.

“Happily, some of the harbors way out there have fewer tunicates than the ones closer to their source introduction.”

Freitag believes that the invasive tunicates were brought to town many years ago on timber ships, which would explain why their populations are bigger closer to the center of town.

The small marine creatures can have a big impact on the ecosystem as a whole. The tunicates compete for space and resources with native species, which in turn affects species up the food chain including salmon. Once they have established themselves, the invasive species can be costly to get rid of. The State of Alaska has spent several hundred thousand dollars so far trying to eradicate the invasive tunicate Didemnum vexillum from a harbor in Sitka.

Tunicates were the largest part of the presentation, but Frietag also talked about other invasive marine life, including the European green crab.

They are thought to have arrived in San Francisco in the late 1980s and have traveled along the Pacific Coast.

Frietag said he has a trapping response kit at his office, so if one is found in Ketchikan he can take action immediately. Despite their name the crabs are not always green, but can be identified by three bumps between their eyes.

The next Friday Night Insight lecture is about invasive species in the forest. It starts at 7 p.m. Friday at the Southeast Alaska Discovery Center.