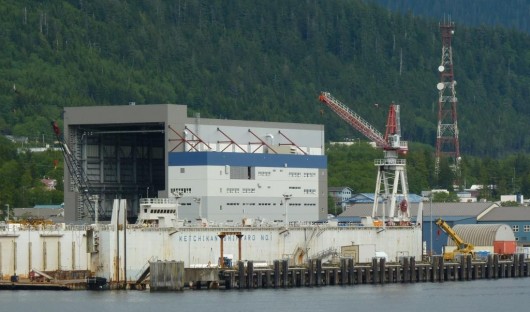 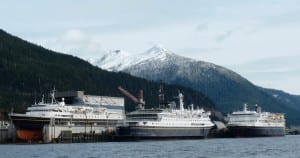 The report is part of the Assembly’s regular meeting, which was postponed a week to allow Assembly members to attend the Alaska Municipal League in Anchorage.

In a written report submitted for the meeting agenda packet, Vigor officials mention the shipyard’s four-year, $101-million contract with the state to build two Alaska Class ferries. Work on that project is ongoing.

The shipyard also has conducted repairs to other state ferries; worked on the Digby Island Ferry from Prince Rupert, British Columbia; and inspected the Prince of Wales Island and Ketchikan International Airport ferries, along with smaller projects.

Vigor reports that it has a relatively young workforce, with an average age of 38. Average annual wages for the 124 full-time-equivalent employees at the shipyard in 2014 were about $59,000, which exceeded the borough’s overall average.

The Ketchikan Shipyard’s payroll for 2014 totaled almost $7 million, which was down about $3 million from the previous year, in part because there are about 40 fewer employees.

Also Monday, the Assembly will consider a citizen request to impose a $10 per ounce excise tax on marijuana sold within the borough, and designate those taxes for student activity travel. The request was submitted by Ralph Mirsky.