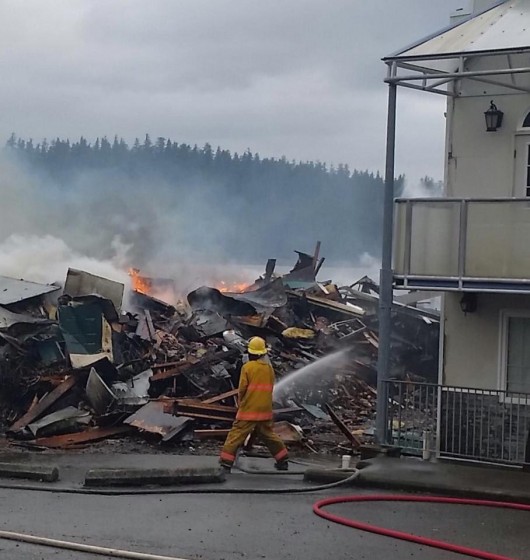 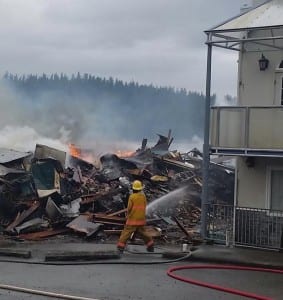 Ruth Ann’s restaurant, a Craig landmark, burned down early Thursday morning. According to a press release issued by Craig Police Chief R.J Ely the fire was first reported at about 2:40 am. Fire personnel responded within minutes and found the building completely engulfed in flames. All occupants of that and nearby buildings were safely evacuated.

Craig City Manager Jon Bolling says Ruth Ann’s was significant not only to the people of Craig, but also visitors.

“It’s probably not an exaggeration to say it was a Craig landmark. When people thought of going to Craig and going out to dinner, Ruth Ann’s was usually the first thing that came to people’s minds. The establishment was popular with locals as well as local fisherman and visiting fishermen, folks up here for the summer or the off-season dive fisheries as well. The business was well known among the fishing fleet.” 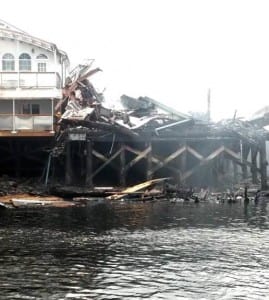 Bolling says it is a great loss to the community.

“It’s a loss of quite a few jobs for the folks that worked there. Like any landmark in a community, especially a small community like this, destroyed unexpectedly, it’s probably fair to say it’s a shock.”

Crews from the Craig and Klawock Fire Departments responded and were continuing to monitor smoldering and hot spots early Thursday afternoon. Nearby buildings received little damage and are structurally sound.

The cause of the fire is under investigation. Chief Ely says no criminal actions are suspected. 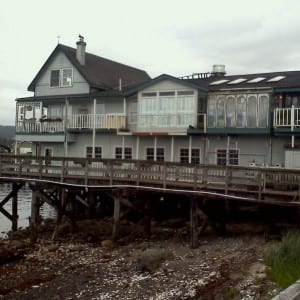