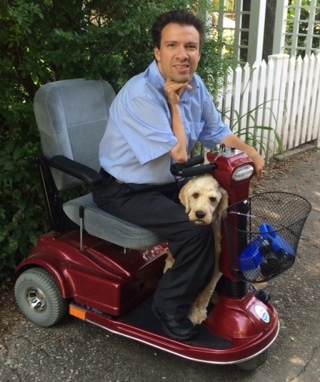 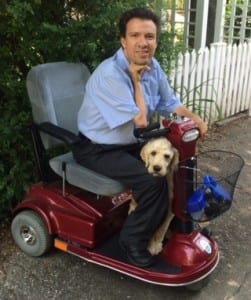 A former Ketchikan resident is returning to Alaska’s First City after an absence of several years to head up the Ketchikan Wellness Coalition.

Kevin Gadsey is the former program director for the Southeast Alaska Independent Living office in Ketchikan. He left that position in 2013 to pursue an advanced degree, and has since worked with nonprofit advocacy organizations in the Lower 48.

Trish Hoover, president of the Wellness Coalition, announced Tuesday that Gadsey has been hired as the new executive director of that organization.

As executive director, Hoover said Gadsey will manage the day-to-day affairs of the coalition, and act as a liaison between the staff and the board. The coalition receives funds through three grants. One is a federal drug-free communities grant, and the other two are from the state to help with tobacco prevention and behavioral health.

“All of those need to be coordinated and managed and integrated, to be sure that we’re complying not only with the grants but with the mission and vision of the wellness coalition. That would be the executive director’s role: To make sure we’re all moving forward in the same direction with the same vision.”

Hoover said Gadsey is expected to be on the job Jan. 25.

Speaking from St. Louis, where he has been working for a center for independent living, Gadsey said the Wellness Coalition position interested him, because it combines different areas of advocacy, such as policy change and grassroots work.

“I want to make sure that people have a voice in their community and they know their voice can be powerful. I feel that the Ketchikan Wellness Coalition has been the epitome of that for a long time. To be able to bring people together to find their own solutions. Sometimes that’s changing a policy, sometimes that’s putting together a program, sometimes it’s just talking about it, to where people can find their own solutions.”

Gadsey doesn’t have plans for big changes at the Wellness Coalition. He said he wants to use his experience, and what he learned through the Master’s Degree program in Ireland, to help lead the group into the future.

“A good portion of people with disabilities have experiences domestic violence – I believe it’s two-thirds or more. There’s probably an untold amount of folks with disabilities who are dealing with substance abuse issues, or considering suicide.”

Gadsey said Ketchikan was a great place to live, and he wouldn’t have left in 2013 if there was another career step available at that time. He said he needed the degree, and additional experiences, though, and now he has more knowledge to share.

And, his dog, Monty, who was adopted in Ketchikan and traveled with Gadsey to Ireland and back to the United States, will come back to Ketchikan, as well.

This story has been updated from the original.