School Board talks trades and technology 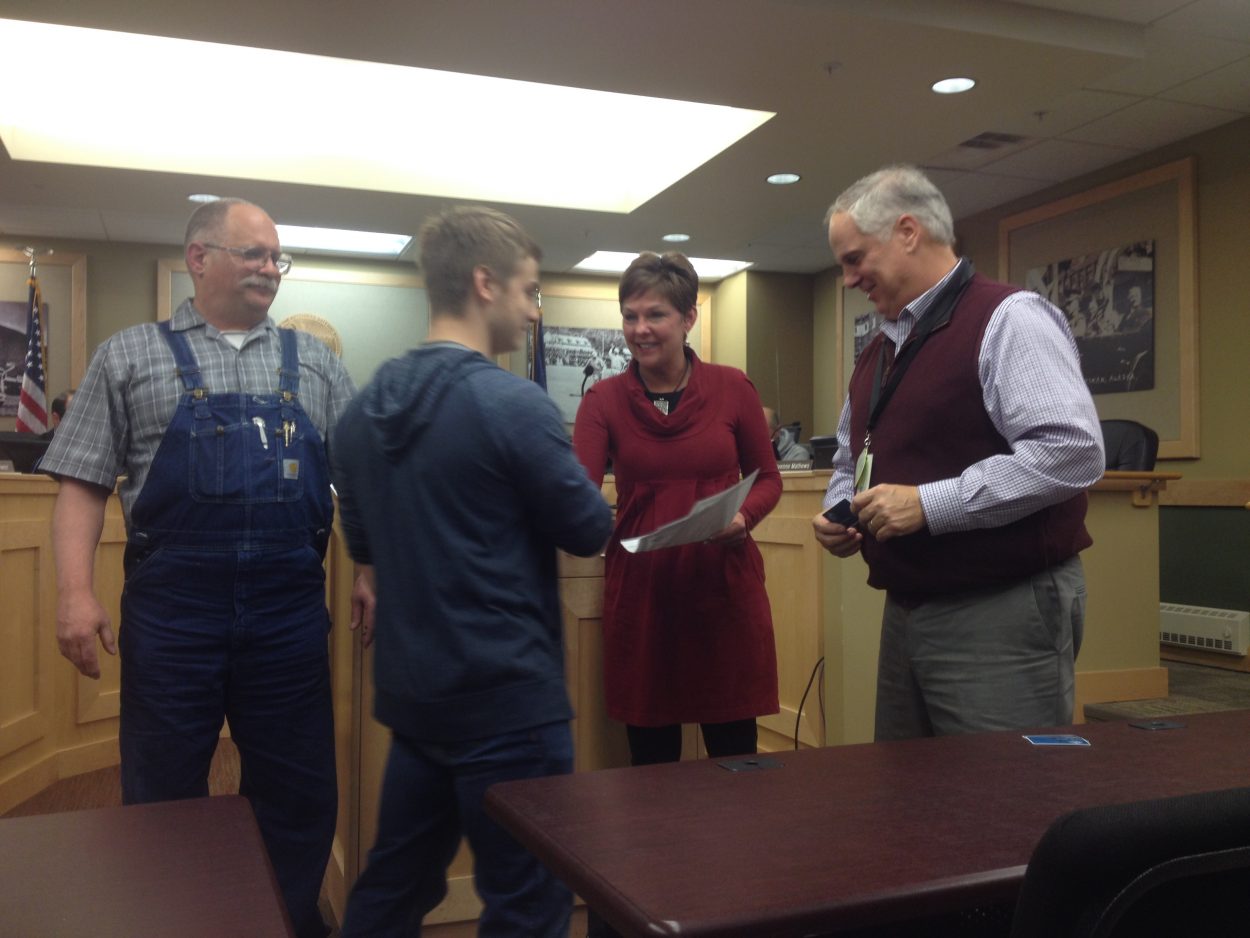 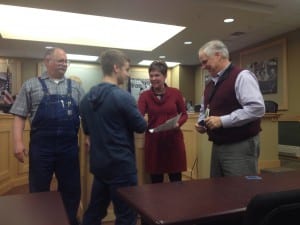 Trevin Tavares receives his NCCER certificate at the Ketchikan School Board meeting January 13, 2016.

The Board recognized the first eight students to complete the high school course, “Core Intro to Craft Skills,” with teacher David Zenge.

Earning the course certificate verifies the students have completed the first 200 hours of any four-year craft apprentice program.

Assistant Principal at Schoenbar Middle School Sheri Boehlert gave the Board an annual update on the school and future plans. She says when people think of Schoenbar, they think of the one-to-one program, which matches each student with a laptop.

Boehlert said a focus for the upcoming year is to continue weaving technology into all aspects of the curriculum for a more blended learning model.

“A blended learning class is where about 50% of the content the student receives is through technology use. So, they’re not getting their entire content straight from their instructor some of it is coming from the computer.”

While the technology at Schoenbar may be sufficient, district technology coordinator Bill Whicker told the Board that that not the case for teachers throughout the district.

“We’re viewing our staff member’s machines as infrastructure. They are machines our staff need to do their jobs. For example, this year’s staff showed up at the beginning of the year. Some of our staff’s machines couldn’t open their gradebooks because they were too old to open the version of software.”

Whicker asked that teacher computers be replaced on a four-year cycle and use one operating system. Whicker estimated that to convert about 170 machines district wide using a leasing model would cost about $202,000 spread over four years.

The Ketchikan School Board’s next meeting is on January 27.