School Board dives into contracted services 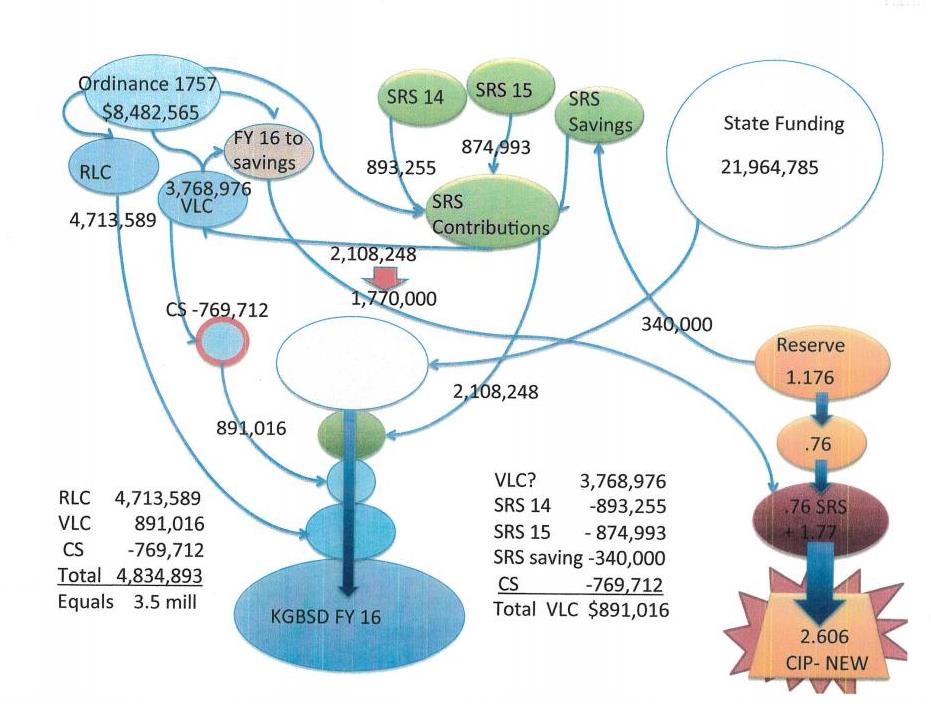 The Ketchikan School Board took its first step into the 2017 fiscal year budget on Wednesday by unanimously approving administrator contracts. The Board also outlined a timeline for the rest of the process, which continues through June.

However, a large portion of the Board meeting was spent examining a particular funding philosophy; contracted services to the Ketchikan Gateway Borough.

“We’ve tried, I believe constructively for a number of years to say ‘this is a problem’, but now it has become an actual burden.”

Superintendent Bob Boyle outlined how the issue has developed over the last four years and financially impacted the district. In 2012 the borough began using contracted services as an accounting procedure as opposed to in-kind contributions and Boyle says since then the contracted services has grown from 9.9% of the total budget to 20% and in turn the district has received less funding, which directly impacts education.

Boyle outlined that for 20 years prior to 2012 the borough and district maintained a positive relationship regarding the use of public pools, which is currently the largest contracted service.

Other charges include the use of Homestead Road. Another contracted service is fire protection for Point Higgins and Fawn Mountain Elementary outside of city limits.

Bob Weinstein, speaking during public comment, pointed out that method of funding may be in violation of state law.  “The question has to be does requiring the school district to pay for fire protection on a non-area-wide basis violate the state prohibition on using area wide money for non-area wide purposes. I think it does.” 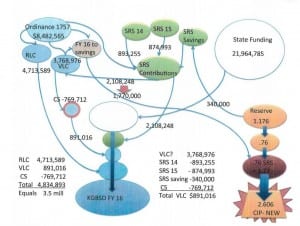 Boyle also walked through a flow chart he created outlining the various sources of funding to the school district. The numerous lines and bubbles resembled a serpent of the sea to Board President Michelle O’Brien who attempted to summarize why the district has continued to pay for contracted services. “Really what it boils down to is we had to pay the $769,712 or we were not going to get the $3,768,976. That’s it that’s it in a nut shell folks right there, instead of this serpent from the deep sea.

The Board agreed to discuss at its next meeting courses of action and look into Weinstein’s legal speculation.

Also Wednesday, the Board unanimously approved a newly prioritized capital improvement project list, which lists a redesign of the bus drop off zone at Houghtaling Elementary as the number one priority.

The Board also agreed to continue looking into a lease option to replace teachers’ computers district wide.

The next regularly scheduled School Board meeting is on Wednesday February 10th.