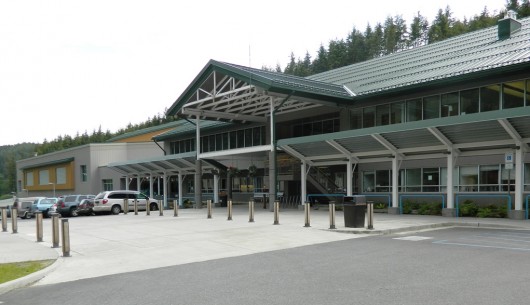 The Ketchikan Gateway Borough Assembly will consider two measures on Monday that call for adjusting fees for recreation facilities and for wastewater.

The first measure on the agenda is an ordinance that would increase wastewater fees for borough residents who are hooked up to the Mountain Point and Forest Park sewer systems. The monthly fee would go up by $5. According to the borough, that would help close an annual deficit of about $86,000.

Monday’s vote would introduce the wastewater ordinance. A second vote would be needed before the measure is adopted.

The Assembly also will consider a resolution that would change the fee structure for use of borough-owned recreation facilities.

The resolution calls for allocating 30 percent of the cost of the borough pool as an in-kind service provided to the Ketchikan Gateway Borough School District.

Other fees at the Gateway Recreation Center are adjusted in the resolution, some up and some down. For example: The charge for renting the gym would go up from $42 to $50 per hour; the cost to run concessions would change from a percentage of gross sales to a flat $10 per hour; and non-profit organizations would receive a 50 percent discount to rent space, rather than 33 percent.

The resolution also calls for allocating 17.5 percent of athletic-field use as an in-kind service to the school district. Other users, such as Ketchikan Little League and Youth Soccer, would be charged the equivalent of $18 per participant.

The Assembly meeting starts at 5:30 p.m. Monday in Borough Assembly chambers at the White Cliff building. Public comment will be heard at the start of the meeting.