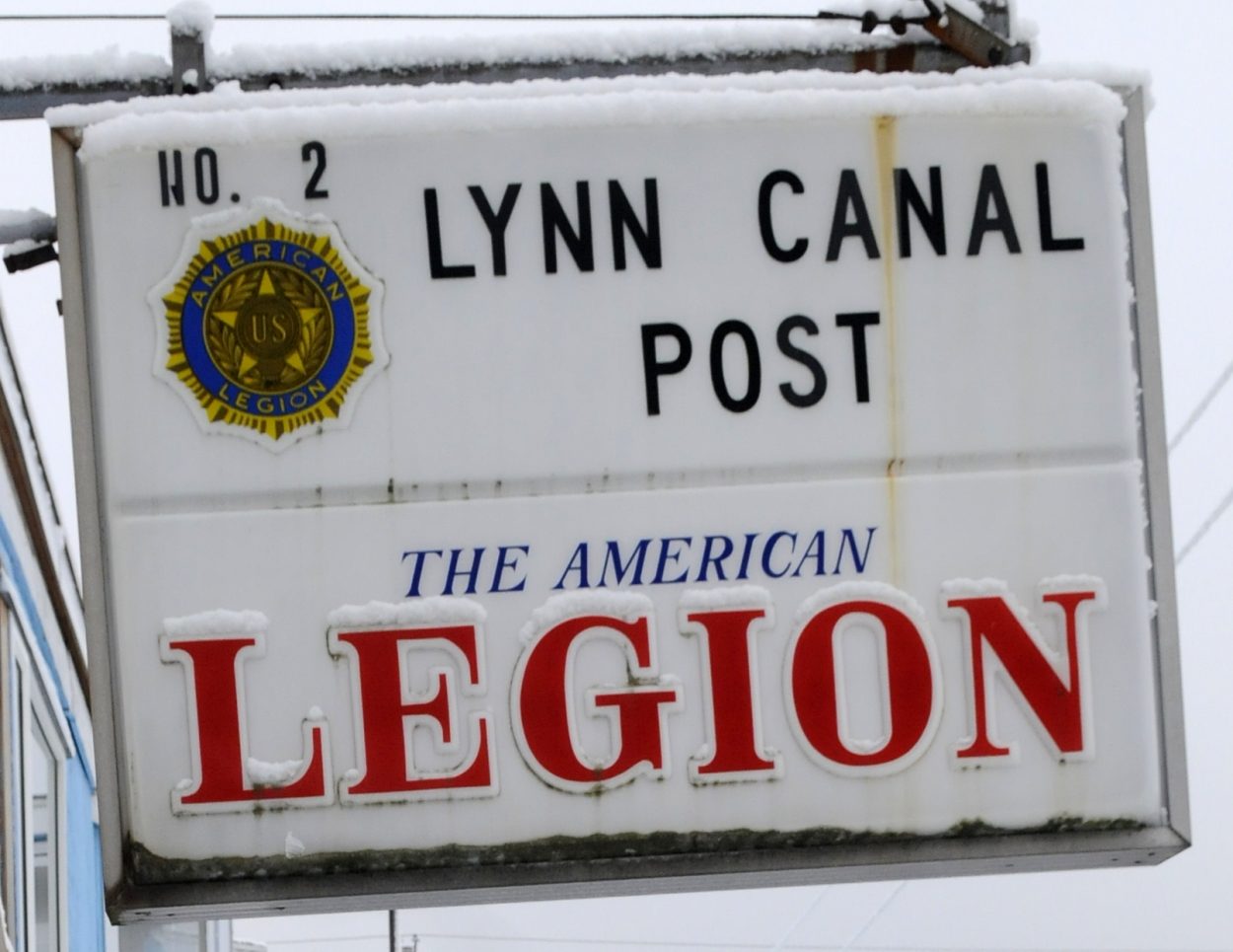 Life as an older veteran in remote Southeast Alaska isn’t easy. Access to health care and transportation, physical limitations and the high cost of living are a few big reasons why. But, in Haines, services – from housing to therapy – are becoming easier to find, in part because of support from the local American Legion post.

As part of CoastAlaska’s Aging Southeast series, KHNS’s Jillian Rogers visited with some senior veterans at the Lynn Canal Post 12 in Haines to learn more about available services in the area. 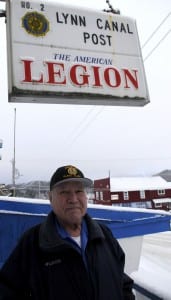 78-year-old Ralph Strong is an Alaska Native veteran from Klukwan, a village outside of Haines. (Photo by Jillian Rogers/KHNS)

“I was in the Army, and I served a year in Korea and two years in California,” said 78-year-old Ralph Strong, an Alaska Native veteran from Klukwan, a village outside of Haines. He’s one of 300 veterans in the Haines Borough: Population 2,000.

Strong moved from Klukwan to Haines to a veteran’s apartment complex after his eyesight went bad. And between the recently-opened Veterans’ Village and his volunteer duties at the local American Legion post, he can’t complain.

But, he says, he would like to see young veterans take a more active role in Legion activities.

Strong has been a member of the American Legion for 32 years. In Haines, the Legion is the only veterans’ organization in town. It offers events and helps vets and active military however it can.

Strong is one of the 73,000-plus military veterans living in Alaska, which boasts the nation’s highest percentage of former armed-services members. Twenty thousand, close to a third, are 65 or older, according to the U.S. Department of Veterans’ Affairs. And the Haines Borough, north of Juneau, is among the top-five municipalities with the largest percentage of vets in the state. Many of those vets are in their golden years.

“I think it’s really telling that these folks are survivors,” said Paul Gains Jr. “And so what we have is a high number of Vietnam-era veterans who have served who are approaching 70 and sometimes older.”

Gaines is a behavioral clinician with the Southeast Alaska Regional Health Consortium, and has worked with veterans across the country for years. 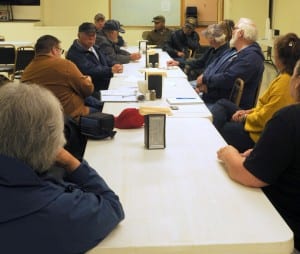 Veterans meet to talk about issues of mutual interest and concern at the Haines American Legion. (Photo by Jillian Rogers/KHNS)

“How do we care for them? What services, what resources do we have in rural Alaska that can adequately support that population?” he asked.

In the past few months, the local post has enlisted Gaines to host informal meetings. And so, every other Thursday, Gaines runs what he calls a process group at the Haines Legion hall. He says veterans can pick a topic to chat about, or simply get together and watch a movie. He adds that isolation after time in the service can lead to depression, alcoholism and more.

Legion commander John Newton says there’s no way to know for sure how many Haines vets are 65 or older. What he does know is that only about a third of vets living in the area are members of Lynn Canal Post 12.

“We’ve got four members of World War II, several Korean members, and then we have quite a few Vietnam members,” he said. “But after Vietnam, we don’t get too many young people, for some reason, the younger generation doesn’t want to get involved in the military organizations yet.”

The reason, Newton surmises, is that the younger soldiers are trying to forget. Newton, who is 72, is a Vietnam veteran of the U.S. Army. He says he was drafted at 18 as a misguided teenager and came out four years later as a man.

“I was the same way when I got out after being in Nam,” he said. “You come home, you just don’t want to remember it and you just don’t feel like you’re not welcome anywhere.”

But sometimes simply getting to the myriad of events hosted by the Legion can be challenging. Newton says the taxi service is no longer running and the senior van service only runs during daylight hours.

Mark Patterson, a 64-year-old Navy vet pipes in: “I want any veteran to know in this town, we’re a bunch of retired old fellas, and 99 percent of the time, we’re available. They put a phone call in here at the Legion and say ‘Hey, I need a ride’ there’s not a one of us that wouldn’t run and pick them up.”

But transportation further away to Juneau, where they can access VA medical care, is whole different ball of wax. With stripped-down ferry service and weather-delayed flights, getting to the state’s capital for doctor’s appointments can be a weeklong affair. And the costs associated with that add up quickly. Access to care is a theme that runs throughout Southeast.

Patterson served for most of the ‘70s overseas as a code-maker and breaker and he says establishments like the Legion offer a safe outlet for vets. Or, just a friendly place to have a beer.

“As we know, it only takes one generation to skip something and it’s done, it’s history,” he said. “And we could be that key generation.”

Through increased outreach efforts, Newton and other Legionnaires are hoping to attract more members. They know they’re out there, and they’re getting older.

Further reports in our Aging Southeast series look at the region’s Pioneers’ Homes and aging in the villages. You can find those and other reports on our website.