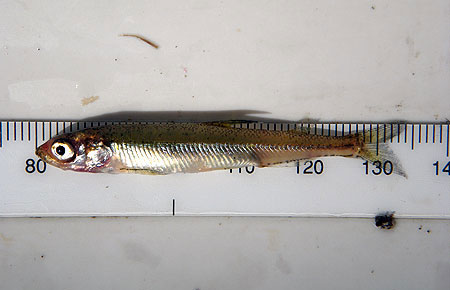 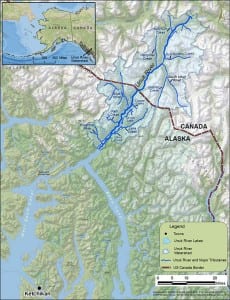 The subsistence eulachon fishery in the Burroughs Bay/Unuk River area has again been canceled due to expected low returns.

The U.S. Forest Service and state Department of Fish and Game announced the closure Thursday. There has been no subsistence eulachon fishery in that area since the run collapsed more than 10 years ago.

The eulachon life cycle is typically a five-year period. According to the Forest Service, returns observed the last three years indicate it is not likely a harvestable surplus will be present this year.  It is anticipated that all eulachon returning to the area will be needed for spawning to rebuild the population.

A type of smelt, eulachon are a small, oily fish, and are an important traditional staple for Alaska Natives.

The eulachon is a small, oily fish. (Alaska Department of Fish and Game photo)