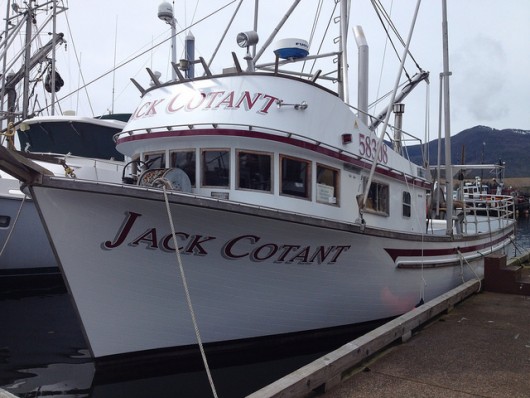 Ketchikan High School’s boat, the Jack Cotant, is one of the items not funded in the FY17 school district budget.

The Ketchikan School Board amended its FY17 budget slightly Wednesday, but then postponed approving it until the second meeting in April.

Before postponing the budget, the board unanimously agreed to move one paraprofessional position up a few lines, which means it’s more likely to remain funded if the district’s revenue for next year is less than expected.

There was discussion of moving the Kanayama exchange program up, as well. Board Member Matt Eisenhower said the money that the district provides pays for a valuable teaching position that expands Ketchikan students’ understanding of another country’s culture.

Other board members, though, said they couldn’t place that program above all the other programs that fall below the “red line.” Items below that line are unlikely to be funded in the coming fiscal year.

The board also amended the budget to reflect the amount of in-kind services that school district officials determined would be appropriate for the Ketchikan Gateway Borough to attribute to the schools. That amount is approximately $671,000.

Citing uncertainty with what the state might do with public school funding, the Board opted to then postpone action on the main motion. The FY17 Ketchikan School District budget will come back for final approval at the Board’s April 27 meeting.

The deadline to submit the budget is May 1.