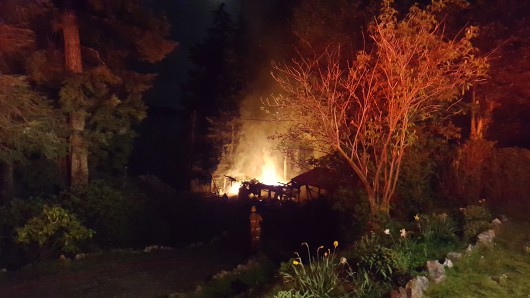 An early-morning house fire just outside of Craig on Prince of Wales Island left one person injured and the house severely damaged.

According to the City of Craig, the call came in at about 1 a.m. Tuesday reporting a house on fire at Mile 3 Port St. Nicholas Road. That’s outside of Craig city limits, but Craig Fire and EMS responded to the blaze.

They found the structure completely engulfed. The occupants had managed to get outside, although one person was injured. According to Craig Police Chief RJ Ely (Eelee), the burns were significant.

According to the City of Craig, Red Cross has been notified and will provide short-term assistance to the home’s residents.