Head taxes likely to come back in special session 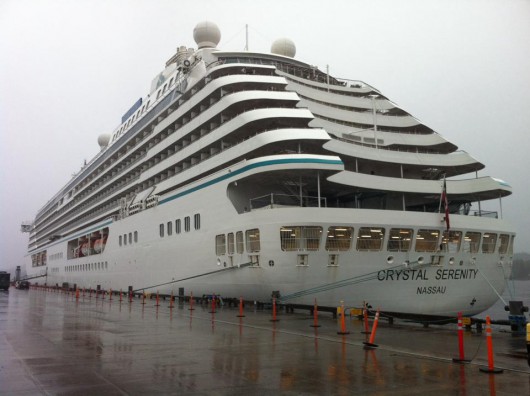 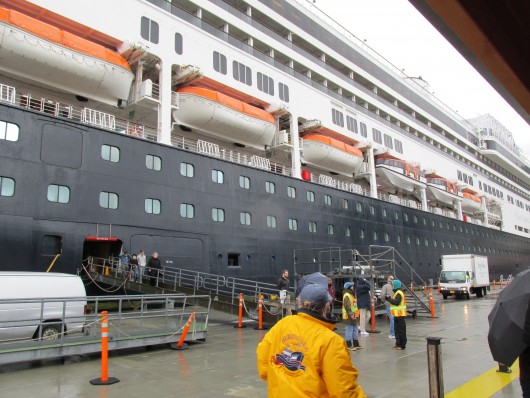 The Alaska Legislature failed to approve a budget Wednesday and will reconvene in special session next week. One proposal that was recently approved in conference committee and could come back in the special session has leaders in cruise ship port communities concerned.

The measure would leave those towns without millions of dollars they normally receive from state head-tax revenues.

If the Legislature picks up where it left off, and the proposal to withhold commercial 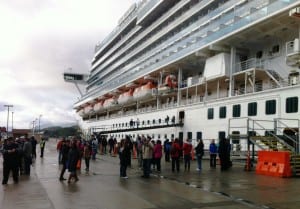 Tourists disembark from the Ruby Princess at the start of the 2015 tour season in Ketchikan. (KRBD file photo).

Skagway is a town with about 800 year-round residents that is flooded by 800,000 cruise ship passengers in the summer. He says his town would be left without $4 million it uses to fund everything from port improvements to basic utilities.

Here’s how the passenger tax works. The money comes from a $34.50 per-person tax on cruise ship visitors traveling in Alaska waters for more than three days. After the state receives that money, it gives out $5 per passenger to the first seven ports of call visited. Normally, cruise ships stop in fewer than seven ports.

“The system’s broken and we can’t keep distributing under a broken system,” said Eagle River Senator Anna MacKinnon speaking during a conference committee meeting. She voted for the proposal to take out the seven ports of call money. 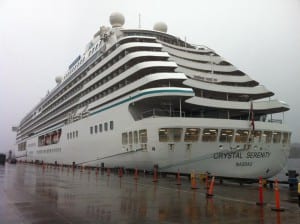 No one from MacKinnon’s office was available to comment about what part of the system she views as ‘broken.’ But she could have been referring to a recent review of the passenger tax from the State Division of the Legislative Audit. MacKinnon requested the report.

The audit found communities generally comply with regulations when spending head tax money. But it also said there’s a threat to the solvency of the tax fund if a higher number of passengers visit a greater number of ports. The audit said Ketchikan and Juneau levying their own municipal head taxes also raises questions about the tax structure.

The conference committee approved the proposal to withhold passenger taxes from port towns.

But Juneau Representative Cathy Muñoz doesn’t think the committee’s proposal will stand during special session next week. She says the Legislature would have to change the statute to withhold passenger taxes from port communities.

“So in other words, that’s a pretty high bar and I don’t anticipate that that’s going to happen,” Muñoz said. 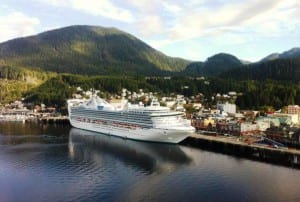 A cruise ship is docked at Ketchikan’s downtown Berth 2. (Photo by Leila Kheiry)

Aside from Juneau and Skagway, another major port of call in Southeast is Ketchikan. DanBockhorst is the borough manager there. He says his staff has already come up with a back-up plan to pay for services, like a downtown shuttle, that are usually supported by passenger taxes. But he hopes those funds won’t be withheld.

“I am optimistic that the impoundment of the state shared taxes that occurred in the conference committee version of the operating will be reversed when the Legislature ultimately adopts an operating budget for the upcoming fiscal year,” Bockhorst said.

Four million dollars between the city and borough of Ketchikan, and millions more for other port communities hangs in the balance.