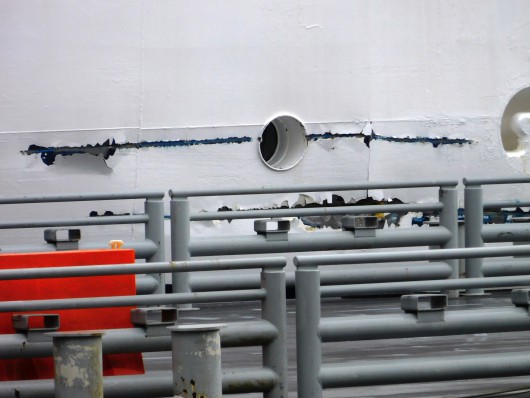 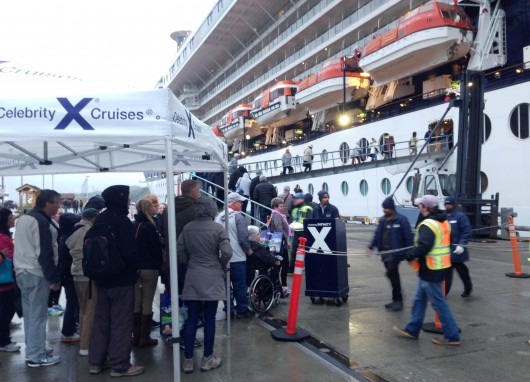 Passengers reboard the cruise ship Infinity after visiting Ketchikan Friday evening. The ship ran into a dock that afternoon, causing up to $3 million in damage to port facilities (Ed Schoenfeld/CoastAlaska News).

The cruise ship Infinity is on its way south for repairs.

The 90,000-ton ship crashed into a Ketchikan dock Friday afternoon, sustaining scrapes and a small hole above the waterline.

Watch a YouTube video of the crash by Maria Harvey. (It includes strong language.)

That was welded that same day and the Celebrity Cruises vessel was cleared to leave for its final destination of Vancouver, British Columbia. Coast Guard spokesman Shawn Eggert said an investigation into the incident is ongoing.

Cruise-line officials didn’t respond to inquiries about the extent of damage, the cost of repair or the incident’s impact on later sailings. The Celebrity Cruises website lists 11 more seven-day, Inside Passage voyages this summer, with stops in Ketchikan, Juneau, Hoonah and at the Hubbard Glacier, near Yakutat. 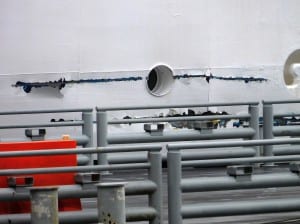 He said a barge that acts as a dock and at least two of its three mooring dolphins were damaged. Witness videos also showed a catwalk knocked into the water.

Corporon said the dock will not be usable until it’s repaired, which could take at least a month. An engineer flew in to inspect the berth Saturday. More information is due out Monday.

With one berth out of use, Corporon said some cruise ships will have to anchor up in Tongass Narrows and come to shore via lightering boat. Others will shift docks. For example, the Celebrity Solstice will dock at Berth 4 Sunday and the Radiance of the Seas will tie up at Berth 2.

Witnesses and Corporon saw no indication of injuries. Longshoreman and others on the dock were able to get off before the ship struck. 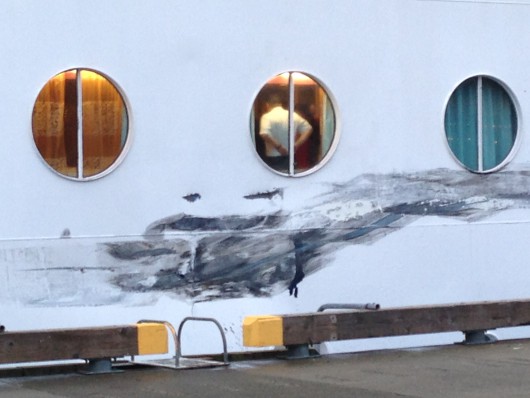