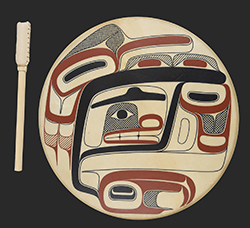 Kandi McGilton, also of Metlakatla, won Best of Division in sewing and Best of Beadwork for her beaded octopus bag.

According to a Sealaska Heritage Institute announcement, the winning pieces are on display at the Nathan Jackson Gallery at the Walter Soboleff Building in Juneau through Sept. 30th. Also included in the display are works by master artists David A. Boxley, Delores Churchill, Robert Davidson, Nathan Jackson and Preston Singletary. 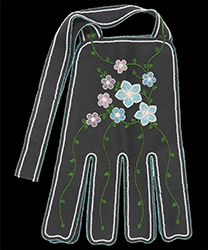 place for her acrylic painting on paper. Sky McInturff of Ketchikan won second for her cedar bark hat, and Faithe Gray of Metlakatla won third for her bentwood box.

The youth art exhibit is on display at the Juneau Arts and Culture Center through the end of June.