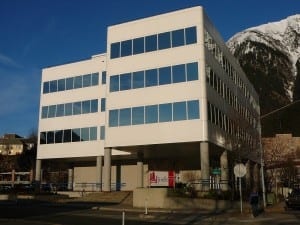 Sealaska shareholders will learn Saturday which of nine candidates will fill four seats on the Southeast regional Native corporation’s board of directors. They’ll also find out whether a term-limits measure will go into place.

Most of Sealaska’s 22,000 shareholders who will vote already have. Results will be announced during Sealaska’s annual meeting, Saturday at the Ketchikan High School gymnasium.

The board usually endorses a full slate of incumbents. But this year, the panel rejected one, who is running as an independent. Other independent candidates include well-known artists, businesspeople, nonprofit administrators and a former high-level staffer.

The term-limits measure would make incumbent board members step down after three, three-year terms. They would not be allowed to run again.

It’s supported by critics who say Sealaska has lost too much money and needs top-level changes. It’s opposed by the board, which says the corporation would lose important knowledge and history.

Similar terms-limits measures have failed in past years.

The independents include incumbent and attorney Patrick Anderson and term-limits author Mick Beasley, a carver.