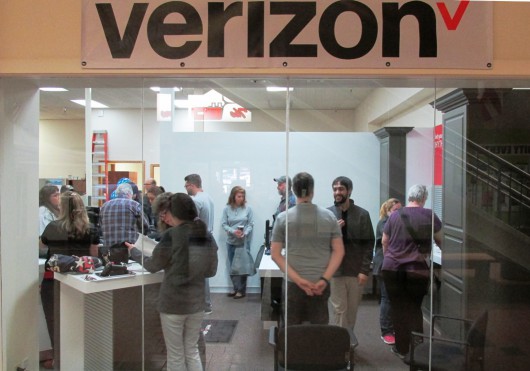 “This will pay benefits to this community for many years, not just in terms of the revenue but in terms of the people in this community having three choices for wireless service, two of whom are national providers,” he said. “(That’s) something that isn’t available in most communities of our size, and certainly very few in Alaska.”

Cushing said he talked to a state Verizon official Thursday afternoon, and asked how he would define a successful rollout in Ketchikan. The official told him 150 new accounts in a month would count as successful.

“As of the end of last week, the Ketchikan store outsold all of the other Verizon Alaska stores combined,” he said. “That’s 20-some stores around the state.”

Cushing says most of those customers are switching from other carriers in the Ketchikan market – AT&T and GCI. While the accounts are Verizon plans, KPU receives revenue through fees paid by that company.

The next regular Ketchikan City Council meeting is Aug. 4.