Teacher, choreographer and performer Bill Evans is in Ketchikan for a two-week dance intensive at Ketchikan Theatre Ballet. Classes in modern dance and tap began August 15th, and Evans also choreographed a piece for the Gigglefeet Dance Festival.

76-year-old Bill Evans has been dancing since the age of 3 and continues to dance, perform and teach. Evans started as a tap dancer, then became a professional ballet and modern dancer, and founded his own company in 1975. In 1988, he became a university professor. He retired from two university dance programs, and is currently a professor emeritus at Brockport State University in New York.

Evans says when he started dancing as a young child, it wasn’t a conscious decision. It happened when his aunt took him to a movie, the first film he had ever seen.

“This is before TV of course. We saw a film, and there was Fred Astaire tap dancing.  So this little 3-year-old guy went home and started tap dancing. It seemed like the most natural thing in the world for anybody to do. From ages 3 to 8-and-a-half, when my parents finally let me take lessons, I made up my own tap dances.”

Evans says he would perform for anyone who visited, and says he didn’t choose dance, dance chose him.

“I’m very happy that I was introduced to my life’s passion so early, and it’s been good to me.”

More than 40 years ago, Evans formed the Bill Evans Dance Company. He says for a number of years, it was the most booked dance company in the United States under the National Endowment for the Arts Dance Touring Program. Evans says while he loves performing and touring, his true passion is teaching. He developed his own technique, which he feels is his greatest contribution to the dance community. Evans says his interest is helping young people develop a healthy relationship with their bodies. 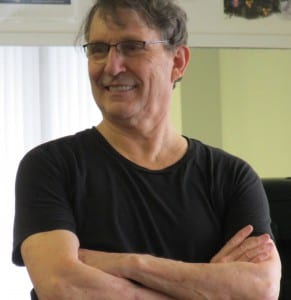 “There are patterns of dance training that can be damaging to young bodies. I’ve studied anatomy, kinesiology, and movement analysis deeply for many, many years; and I try to incorporate this body knowledge into the way I teach dance, so that young people can develop happy, healthy relationships with their bodies whether they decide to pursue dance as a career or not.”

Evans says he enjoys helping people develop body awareness and body wisdom. He has been sharing his knowledge with Ketchikan dancers, and held a teacher’s seminar. He says he developed his technique after suffering chronic injuries dancing professionally in his late 20s.

“I had to go see a sports medicine doctor and get a cortisone injection in my neck in order to get through the performances. After he gave me the cortisone injection, he gave me this little sheet of paper with the possible side effects which included blindness and deafness and I thought, ‘What am I doing to myself?,’ so I stopped taking technique classes from anybody else.”

He said he went into the dance studio by himself, and worked on moving in a way that seemed healthful and regenerative. He studied, and is certified in, Laban Movement Analysis. Evans says over the years all his chronic injury patterns disappeared, and he is less injured now in his 70s than when he was a young man. He says he is not the only teacher approaching dance in this way.

“As we’ve gained more knowledge about the human body and how we can move in harmony with the body’s needs, lots and lots of dance teachers throughout the world are now embracing this kind of approach. But I’m happy to say that I was a pioneer in this movement.” 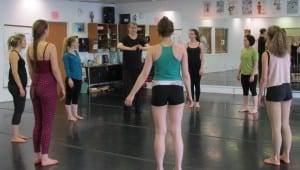 Bill Evans diiscussing body awareness at the end of a modern dance class.

Evans says physical activity is important in everyone’s life. He says movement wires the brain, but we have become a sedentary society.

“And now children are given these wonderful digital devices and they can be entertained for hours and hours and hours without moving at all. Wonderful as technology is – and it is marvelous and wonderful – it’s not enough. People need to move to be fully alive, to be healthy, and to develop their potential as human beings.”

Evans says not everyone will choose dance, but should choose some type of movement. He says yoga, Zumba and other activities are good options for becoming fuller, happier people.

This project is supported in part by a grant from the Alaska State Council on the Arts and the National Endowment for the Arts. 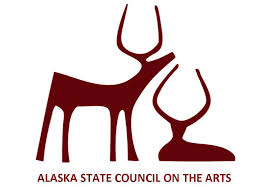 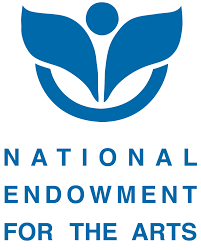