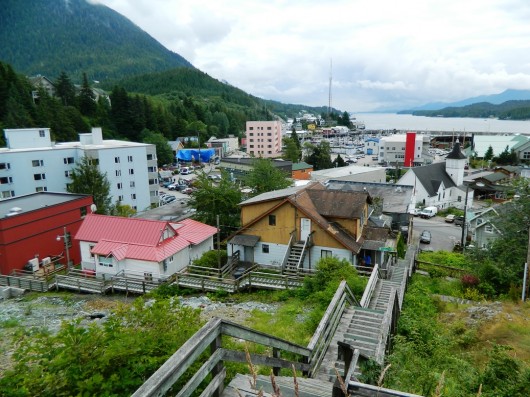 A week before the Nov. 8th election, the newest round of campaign disclosure forms were due Tuesday with the state Division of Elections.

There are a lot of numbers in campaign disclosure reports. A lot. But we’ll keep this as simple as possible. If you’d like more details, click the links and you can view the forms.

Incumbent Rep. Dan Ortiz reported a campaign income total of about $70,000. He had many contributions from individuals within the district, but there also were individual donations from other areas, including Anchorage and Juneau. Among those individual donors was former Alaska Sen. Mark Begich.

Some organizations that donated to Ortiz’s campaign include the Alaska Laborers unions in Anchorage and Fairbanks; Juneau-based Tongass Democrats; and the Anchorage-based Public Safety Employees Association.

Most of Ortiz’s reported campaign expenses were within Southeast Alaska. There were also Anchorage-based expenses related to a fundraising trip he took to that city, and some spending Down South for advertising materials.

Republican challenger Bob Sivertsen’s campaign reports that as of Oct. 29th, he raised about $36,000. He received many donations from individuals living within House District 36, and some from outside the region.

Sivertsen also received some larger donations from statewide Anchorage-based organizations including the Alaska Business PAC and Alaska Trucking Association; and from the state Republican Party.

Most of his campaign’s reported expenses were within Southeast Alaska, with some spending Down South for marketing and advertising.

A PAC, or political action committee, that formed independently in support of Sivertsen reports that it raised nearly $40,000. That includes a new $5,000 donation reported separately on Nov. 2.

Southeast Voters for Bob Sivertsen spent most of that money in Anchorage, Virginia and Washington, D.C. That includes printing mailers, online advertising services and telephone marketing focused on opposing Ortiz.

Nearly all of Southeast Voters for Bob Sivertsen’s income is from The Accountability Project in Anchorage.

In its campaign finance disclosure, The Accountability Project reported its income through Nov. 1st was about $330,000. Most of its large donations come from Anchorage and Fairbanks-based organizations and businesses, including the Alaska State Chamber of Commerce and Flowline Alaska, Inc., an oil field service provider.

A single $35,000 donation to TAP on Oct. 26 came from the Washington, D.C., based Republican State Leadership Committee. That’s on top of $80,000 from that group earlier in the campaign.

A $125 donation in July came from an individual in Soldotna. Shaw also received $100 from the Alaska Constitution Party, also in Soldotna.

Shaw spent $103 of his own money on advertising in the local newspaper.