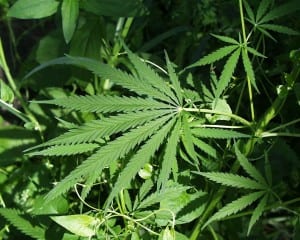 The Ketchikan Gateway Borough Assembly voted Monday to not protest two local marijuana business licenses recently approved by the state Marijuana Control Board, but with some added language in hopes of protecting the borough in case the federal government decides to crack down.

Thompson said the borough needs to be on record not condoning a federally illegal operation.

Assembly Members Stephen Bradford and Judith McQuerry voted against the amendments, which passed in 5-2 votes – one for each license.

The main motions to not object to the licenses passed 6-1 each with Assembly Member John Harrington voting no both times.

Harrington said it’s one thing to make marijuana legal for people to grow and consume on their own, but he can’t vote in favor of marijuana businesses opening in the community.

The two licenses are for Cannabis Corner, a proposed retail store on Mud Bay Road near Totem Bight State Park; and for JWS Enterprises, a cultivation business on Gravina Island.

Also Monday, the Assembly unanimously approved a settlement agreement with the state regarding the borough’s appeal of the state’s determination of overall property values in the borough. That number is used to determine how much of the share of local school funding the borough must pay.

Borough Manager Dan Bockhorst said the settlement will save borough taxpayers about $360,000 over the next few years, without reducing overall funding for local schools.

“And I think that there’s a lesson to be learned here,” he said. “That we should be vigilant and diligent and pay attention to what the State of Alaska is doing, and that we should stand up and fight.”

On a somewhat related note, the Assembly voted 4-3 to approve a resolution calling on the governor and Legislature to eliminate the disparity in the state’s education funding formula, specifically in regards to what municipalities pay versus what many communities in unorganized boroughs pay for schools.

In other matters, the Assembly voted Monday to confirm Bradford as the new vice-mayor. He’ll fill in when Mayor David Landis is unavailable.