The Ketchikan City Council is about to kick off its annual budget-review process, with the first special budget meeting set for later this month. 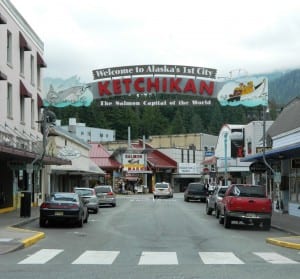 City Manager Karl Amylon writes in his transmittal memo to the Council that the city budget maintains staffing levels and doesn’t include any sales- or property-tax increases.

Some city expenses are expected to rise — specifically employee benefits – and, Amylon writes, revenue sharing from the State of Alaska is expected to drop. The draft budget calls for using about $6 million of the city’s reserves.

Harbor rates are scheduled to go up 7 percent, but the draft budget does not increase wastewater fees this year, based on direction from the City Council.

It would be the first year since at least 2012 that wastewater rates would remain the same. Amylon had recommended another increase, and writes that not raising those rates could make it difficult to pay for infrastructure improvements.

Amylon also is the KPU general manager. He writes that the draft KPU budget maintains staffing levels except for the addition of one customer service representative to help with Verizon wireless service sales at KPU Telecommunications Division.

Salary and benefit costs are expected to rise at KPU, because of negotiated agreements; and

KPU plans to discontinue an incentive program that lowered electric bills by about $10 a month if a customer subscribed to certain KPU Telecommunications services.

The draft budget does not include rate increase in 2017, but Amylon writes KPU’s utility rates overall are not keeping up with increases in operating costs. He says total operating revenue is rising at about 2.3 percent a year, and costs are rising at about 4.4 percent annually.

The City Council approved a 5 percent electric-rate increase for 2016, the first one since 2008. Water rates also went up 8 percent in the 2016 KPU budget, as they had for the past few years.

The Council must approve the city and KPU budgets by the end of the year.