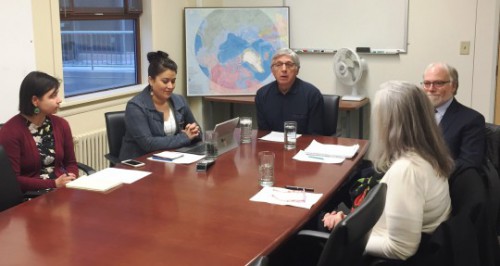 Alaska and British Columbia are working out details of how they will handle transboundary mine concerns. They’re figuring out how to coordinate the work of monitoring and permitting on both sides of the border.

A statement of cooperation between the state and the province signed in early October promised openness, transparency and increased environmental monitoring.

Now begins the work of meeting those goals.

Lt. Gov. Byron Mallott heads up the state’s effort to address concerns about British Columbia mines near rivers that flow into Southeast Alaska.

“We’re trying to create a big tent here, but with a very specific process of engagement and sharing and review and critical examination of all those things that we need to,” he said.

The state’s Department of Environmental Conservation will address water-quality concerns. Terri Lomax is a manager in the agency’s Monitoring and Assessment Program.

“We, of course, can do our testing on the Alaska side and we’re hoping our B.C. counterparts can do testing on the British Columbia side, but that hasn’t been determined yet,” she said.

Testing will create a record of what’s in transboundary river water now — with an eye toward changes that could threaten fisheries, wildlife and people.

“Some of the groups that are already doing monitoring are collecting water and sediment contaminates of concern, specifically like trace metals. That kind of information is going to really help us in deciding how to narrow down our focus and … how to pick the right parameters and methods to be looking at,” she said.

Those other groups include tribal governments in Southeast Alaska and northwest British Columbia. They’ll be asked to help develop the regionwide monitoring program. 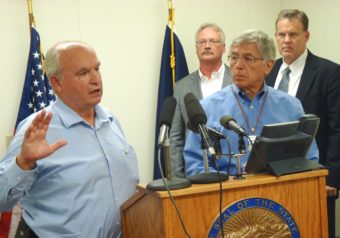 Other state agencies will work on protocols for input into B.C.’s permitting process.

“You can never say nothing will drop through the cracks,” he said. “But at least we will have a process and a working relationship that is stronger and more focused and with a value construct that did not exist before.”

One mine, the Red Chris, began operations in the Stikine River watershed last year. Another, the Tulsequah Chief, is closed and leaking pollutants into the Taku watershed. A half-dozen to a dozen others are being explored or considered for development.

Guy Archibald works with Inside Passage Waterkeeper and the Southeast Alaska Conservation Council.

“I think the process itself is helping make things safe. Any time Alaska and B.C. can communicate on these projects to each other and ask for expertise, I think is constructive,” he said.

But he said the state needs to do more than monitor water quality or put information on a new website. He said it needs to worry about more than mines. For example: new dams.

“Anything that brings the cost down for developing these mines, such as access to hydropower, makes their development that much more likely,” he said.

Other mine critics also say the state’s agreement with B.C. needs to go further. 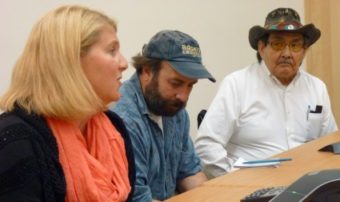 Salmon Beyond Borders’ Heather Hardcastle speaks during a panel including Rivers Without Borders’ Chris Zimmer, center, and the Douglas Indian Association’s John Morris in 2015. (Photo by Ed Schoenfeld/ CoastAlaska News)

Fisheries business owner Heather Hardcastle is with the group Salmon Beyond Borders.

“We would like to see enforceable protections and financial assurances that we will not be negatively impacted by upstream mining in British Columbia. And I still don’t see how the state of Alaska is pushing for those,” she said.

Hardcastle said future meetings following up on the transboundary agreement should be advertised and made open to the public.

State officials say more details will be available in January.

Mallott said a meeting of stakeholders, including mine critics, will happen within the next six months.

Salmon Beyond Borders and other groups continue to pursue federal involvement in the issue.

Hardcastle points to a longtime goal of invoking part of a treaty that governs U.S- Canada water conflicts.

“One way to get closer to such an agreement would be for the International Joint Commission to get involved,” she said. “But at this point we’d like to see any sort of true federal engagement on this issue and we just haven’t yet.”

Mallott said that’s on his agenda when he heads to Washington, D.C. And federal officials have been responsive, to a point.

In a prepared statement, British Columbia officials said the province will share equal responsibilities under the agreement. That includes water-quality monitoring.

They say tribal governments, called First Nations in Canada, will participate, as will the mining industry.