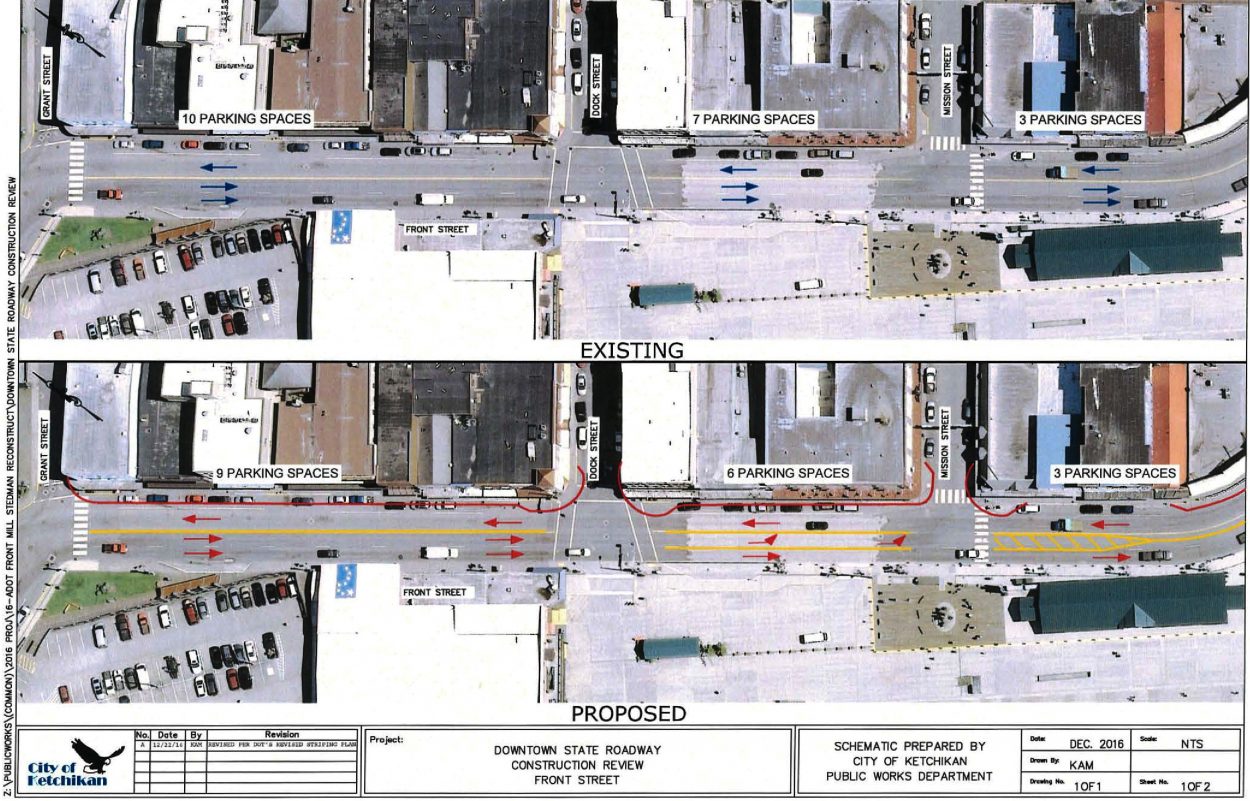 The Ketchikan City Council will talk Thursday about the Alaska Department of Transportation’s proposed redesign of Front, Mill and Stedman streets, which make up the primary corridor running through Ketchikan’s downtown.

According to a memo from Assistant City Manager David Martin, two DOT representatives will attend Thursday’s regular Council meeting to answer questions and hear comments about the plan, which would reduce the overall road width along Front Street by seven feet in some areas, and three feet in others. 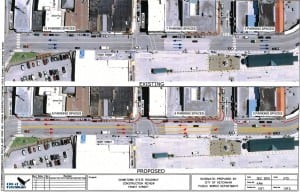 The Alaska Department of Transportation’s proposed plan for Front Street. Click for a larger view.

That reduction would allow for a wider sidewalk, to accommodate the thousands of cruise passengers that crowd into Ketchikan’s downtown core each summer.

After that, the road would have two lanes – one southbound and one northbound – as it rounds the curve and becomes Mill Street, although there would be a dedicated left turn lane from Mill onto Bawden Street.

The roadway on Mill Street also would be narrowed, but only by two feet. Again, that wouldallow for a wider sidewalk. The plan also would add ADA-compliant curb ramps, and would reduce overall parking along Front and Mill streets by three spaces. 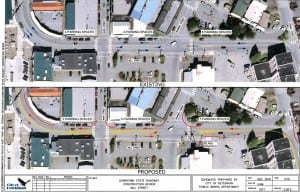 The Alaska Department of Transportation’s proposed plan for Mill Street. Click for a larger image.

Also Thursday, the City Council will consider a request from OceansAlaska for relief from electrical charges to the shellfish-seed facility totaling about $16,500.

An executive session at the end of the meeting has been scheduled for the Council to consider potential litigation related to the cruise ship Infinity’s June 3rd collision with Berth 3.