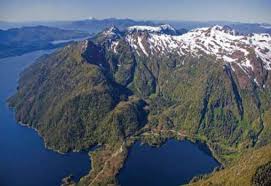 Sens. Lisa Murkowski and Dan Sullivan are moving forward with bills that could benefit the Ketchikan area.

A Thursday announcement from the Energy and Natural Resources Committee, which Murkowski chairs, states that the just-introduced Senate Bill 215 would authorize a 10-year continuation of a hydroelectric license for the Mahoney Lake Hydro Project.

That project first was identified in the 1990s. It has had a Federal Energy Regulatory Commission license for a while, but developers are waiting for a commitment from area utilities before building that estimated 9.6-megawatt lake-tap project.

Mahoney is a joint venture between Alaska Power and Telephone, the City of Saxman and Cape Fox Corp.

A separate news release Thursday from Sullivan’s office announced that a bill has been approved by the Senate Commerce, Science and Transportation Committee that would help bring the NOAA research vessel Fairweather to Ketchikan.

The Fairweather is supposed to homeport here, but lack of moorage facilities that fit the ship’s needs has delayed that action. According to Sullivan’s office, the bill would require NOAA to draft a plan to develop a homeport facility in Ketchikan.